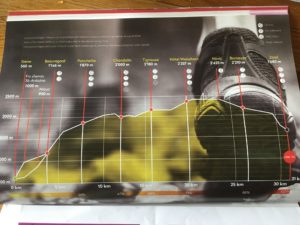 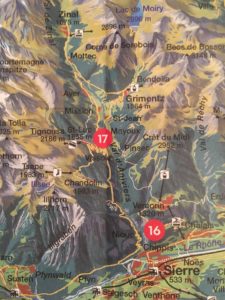 “The view that catches your eye as you come out of the Ponchette forest with the sunrise over the ‘imperial crown’ of successive peaks is accentuated with each step in the direction of the five majestic summits that exceed a height of 4000 metres.”

This is the description in the brochure for the Sierre-Zinal Mountain Race in the Valais valley in Switzerland.

At a boozy lunch with friends following the 2017 Percy Pud road race Kate Morris, of Triathlon X fame, proposed an adventure for the following year: ‘let’s have a go at Sierre-Zinal.’ The reception was positive for the fired up Percy Pudders but not for me this time. After knee surgery just twelve months earlier a 30K, 2225 metres high mountain race in Switzerland would be well outside my comfort zone. A trot up Win Hill might be more my sort of challenge at this stage.

I continued to run for pleasure, building up my strength for the occasional fell race and testing my knee at Parkrun. Then in July 2018, about three weeks before the proposed race, the word was that a friend Chris Deery had had to reluctantly withdraw, injured and would I like to take his place?

Let’s think about this:

How do you train for the biggest, toughest run challenge of your life in three weeks? Common sense says leave it for twelve months and prepare appropriately. But at 66 and the oldest female entrant, another year would quite possibly be too long a wait and my friends would be on to their next challenge. I continued my normal programme and added in some extra hill ascents in the Peak District plus a bit more effort with strength and conditioning.

Kate Morris, Ruth Jacobs and I toed the line last Sunday at 10:00 in mid 20’s temperatures. The atmosphere was convivial. An air of excited anticipation ran through the crowd as we waited. Ros Massey and friend David, Totley runners, Janet Grantham and partner Simon, Pennine runners and a group of Rossendale runners exchanged amiable greetings among the hordes of European athletes. The music heralded the start as the announcer counted us down, ‘Dix, neuf, huit…’

And we were off. The first hour and a half of the race is a steep ascent to Ponchette, elevation 1800m. It was much too steep to run so I adopted a purposeful marching style and hung on in. Kate had taken off. I wouldn’t see her again before the finish. Ruth was just behind, soldiering womanfully up the ascent. A short level section and welcome run took us to the next climb at Chandolin and 2000 metres. The views were as promised, breathtaking, with the snowy peaks above and wonderful wooded areas leading down into the valley. In total we climbed 2200 metres over 20K and five peaks before a long trail led to the final descent to Zinal. At Hotel Weisshorn Smiley Pacer Anita Scarlett, living in Lucerne, was there to greet us and offer encouragement. If you like a lot of walking and mind-blowing views this is the race for you unless you share the genes of Kilian Jornet or are a mountain goat.

Kate came in at 4:18:14, 3rd FV50 and a podium place if she hadn’t been dutifully waiting for Ruth and me. I followed some 45 minutes later, 5:03:57, my longest race in 3 years and steepest at more than twice the elevation of Snowdon, weaving slightly as the race video shows and then Ruth at 5:51:39, smiley and cool, having stopped to give first aid to a runner with cramp and done a spot of litter picking en route.

I discovered that I was 2nd FV60, just 48 seconds behind the winner of my age group, except there is no FV60 category so I have to be content with 15th FV50. Here are grounds for debate. Why is MV60 acknowledged but FV60 not? People far more experienced than me say that it is decided on a percentage basis and there are generally fewer older women in races like this than men. There were 7 FV60s in this race. I’d have loved a little acknowledgement of the work done, as oldest F in the race. Women are competing in increasing numbers and I’m sure race directors would prefer to encourage participation and equality in the long run…..long run, get it? I feel a polite little email to the organisers coming on. I’ll let you know what they say.

Despite a total lack of specific training I had a great race. I competed as an aspiring athlete, (BMAF FV65 10K gold medallist the previous Sunday in Stoke.) My woodrun drills were invaluable, particularly ‘fast feet’ drills. Thank you Stuart Hale and Accelerate.

Acknowlegements: My thanks for all the support, wise words and belief in me as a runner from: Chris Deery (injured athlete); Guy Willatt and Colin Jacobs for getting us safely to and from the race and offering good natured support: Kate Morris, Ruth Jacobs, fellow participants; Hazel Fyffe and Helen Willatt for their encouragement; Malcolm Kesterton for doing all the childcare so I could go on a jolly for a week; Anita Scarlett for your your hug when it got hard; Stuart Hale, Accelerate for long term support and advice; John Rothwell for mental preparation and much more; Colin Papworth, Accelerate, for those windswept training sessions on Lose Hill; Mick Wall, Steel City Striders for words of encouragement and appreciation and to my wonderful Smiley Paces friends, all of you, who offer company, craic and cake. Where would I be without you? (in the pub probably.)

Full results can be found at: https://services.datasport.com/2018/lauf/zinal/rang091.htm 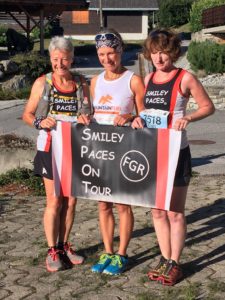 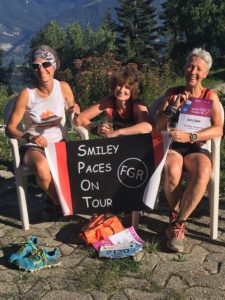 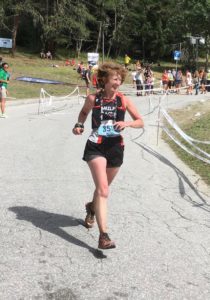 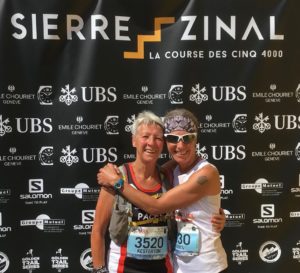 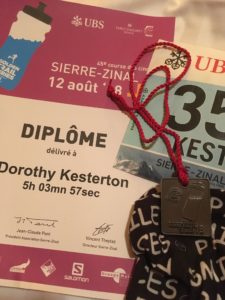 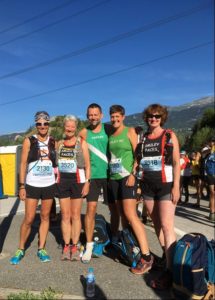