A cloud free sky greeted runners at the Tees Barrage. The course is a mixture of trail and tarmac, utilising the Teesdale Way. Many local clubs were well represented – particularly Stockton Striders and Darlington Harriers.

As you can imagine, by the time we set off, 10.30, it was pretty hot. The going was fairly easy out towards Newport Bridge, with some tree cover. It was a fairly flat course, with the only inclines being up to each of the bridges.

Once across the bridge runners had become fairly spread out. I tried to settle into a pace, sticking with a runner or two with similar speed. There was no cover across the north side of the river and I was feeling the heat.

Welcome respite came at the water station positioned half way round by the impressive International White Water centre. I might have caused controversy by taking the wrong orange quarter, but I think I got away with it.

Crossing the river at the Millennium Footbridge, the course went round a series of quays. With each turn I hoped we might be homeward bound, but there was just one more. At 7-9 km I could feel myself slipping back, but knew I just had to keep going. My watch pinged 9km at me and I found a bit more energy as the quays section finished.

There was encouragement all around leading up to the finish. Having never raced before I was happy with my time of 52:40. Timing was by barcode, so it felt a bit like a 10k park run. Thanks to all coaches in Hillsborough 5-10k group who got me to this point.

504 runners set off.  The race was won by Paul Wilson of Hartlepool Burn Road Harriers in 35:02; first woman home was Louise Talman of Darlington Harriers in 38:37.

First (and last) Strider was myself, in 173rd place.

The full results are here and Strider Gareth’s result: 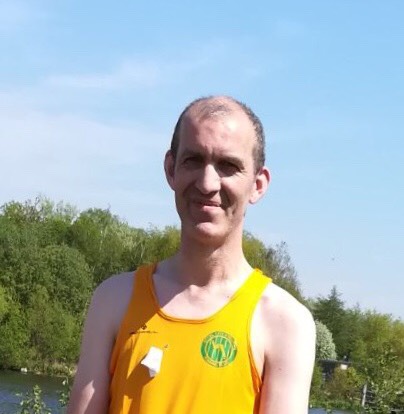