Report by Tom Halloway, on debut in a Striders vest.

Arrived at Telford to race 10km with conditions close to perfect, however a little slippy under foot. Felt in good shape with a good 8 weeks of training behind me. Took to the start line ready to race against some top runners. The gun fired and the fast race began.

Hitting the first mile in 4.59 meant I was in for a long and painful race. I soon settled, going through 5km in 16.58. The race plan was on until I hit mile five which had a sharp cone turn causing me to lose momentum and 18 seconds.

I eventually crossed the line in 35.27 which was slower than expected. Slightly disappointed and may have to stick to pacing duties in the future, however I did thoroughly enjoy representing Steel City Striders in my first competitive race.

The race was won by Charlie Hulson (Sale Harriers) in 29:12, and the first lady was Caryl Jones (Swansea Harriers) in 33:18.

Full results can be found via Racetecresults here. 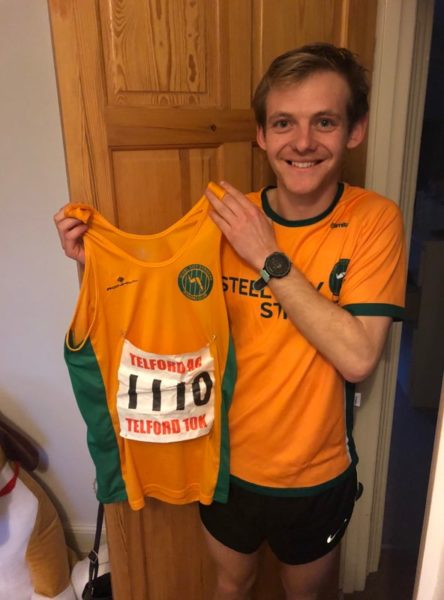 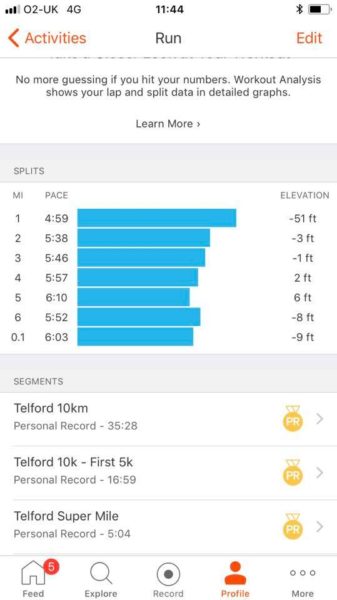