This is a 7 mile fell race held on New Year’s Eve. It is a popular event (entries fill up in a couple of days), organised by Bramhall Runners.

The Bowstones are a pair of ancient Anglian cross shafts situated beside the old ridgeway between Disley and Macclesfield overlooking the gorgeous Lyme Park, with extensive views across the Cheshire Plain, to the city of Manchester and the hills of the Peak District. 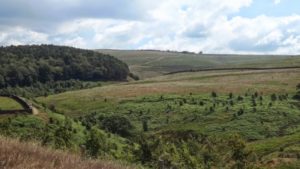 The run starts from the Boards Head Pub in Higher Poynton and winds its way uphill, crossing the Macclesfield Canal, into Lyme Park, joining the Gritstone Trail up to the Bowstones themselves, before passing Lyme Hall and the deer sanctuaries near Lyme Cage, eventually winding back down to Higher Poynton.

It’s a tough challenge, but the views (and the free bottle of beer to all finishers) make it more than worthwhile. The sausage butties look pretty good too! 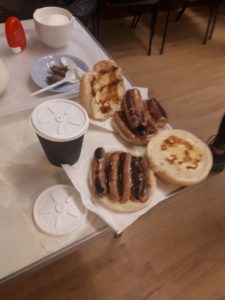