Bullock Smithy is the original name for what is now Hazel Grove. A Richard Bullock leased in 1560 some land from a John Torkington to establish a smithy. Thus Bullock Smithy came into existence and eventually became the name of the village and was used in deeds, maps and books of those times. Villagers came to dislike the name and officially changed it to Hazel Grove in 1835, although there is evidence that the name Hazel Grove had been used earlier in 1790.
There are numerous reasons given for this choice of name, one was the predominance of Hazel trees, but it is likely that the name was chosen from Hassel Grove, an area of sand and gravel pits towards High Lane.

Around 1750, Bullock Smithy became an important posting hall and John Wesley described it as ‘One of the most famous villages in the country for all manner of wickedness. It is thought he was referring to gambling, cock fighting and bull and dog fighting. The village still has wicked people who amongst other wicked deeds, devise tortures such as a 56 mile hike and call it the ‘BULLOCK SMITHY’.

I attempted this event last year during my challenge for the Long Distance Strider, I turned up ill-prepared for the race and probably with too many tough race miles in the legs and failed miserably, recording my first and only DNF to date only 18 miles in. I had no real desire to return at that moment or in the subsequent months but as time passed the stubbornness in me couldn’t leave it like that so I had to return to complete the challenge – it wasn’t going to beat me for a second time.

The event involves you self navigating to 14 checkpoints at various points throughout the glorious Peak District setting off from and returning to Hazel Grove. The most direct route takes you through 56 miles but after many many hours planning the route, I’d be covering nearer 57, to avoid a couple of the trickier to navigate bits which I’d be doing in the dark and to cut out a little of the elevation. The route would also include over 8000ft of lovely descent.

The race starts at 12 noon with the striking of an anvil and we were blessed with perfect conditions on the day, dry and cool with just a slight breeze. It did get a little warm in the late evening but this soon gave way to a glorious sunset and a clear crisp night.

The event is superbly organised and the checkpoints are manned by a small army of volunteers. Some checkpoints are manned for many many hours into and through the night, for many of the entrants are walking the course. There are cut off points and there is a 24-hour time allowance to complete the route, the average finishing time is usually around 19 hours. Each checkout was well stocked with a wide variety of goodies (depend on your personal preferences). Hot Dogs at Brand Top, Doughnuts at Chelmorton, Soup in Millers Dale, Jam Sandwiches in Castleton and Rice Pudding in Edale. Think of it as a long buffet.

I used the checkpoints to break up the race in my mind into smaller more manageable chunks, ticking each one off in turn and moving on to the next section. Each came and went and I knew I was ahead of the 16 hours I thought it could take me, feeling strong throughout there was never a doubt that I wouldn’t finish this time. I managed to complete the course without any major navigational errors (just a wrong turn coming out of Castleton) in 14hrs 38mins and tuck into the full English breakfast waiting for me at around 3am.

The winner (3rd year consecutively) in an unbelievable 8hr 10mins was Rory Harris.
First Lady was Jayne Lawton in 10.21. 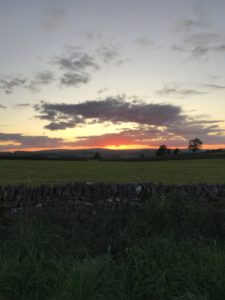 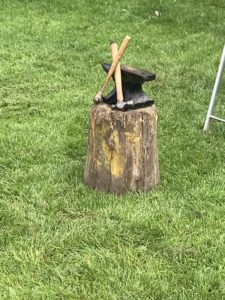 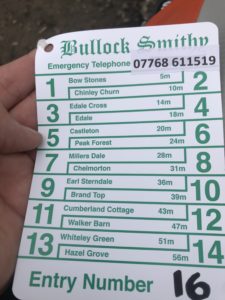