Happy as pigs in mud!!

A few Striders ran in this year’s Conti 24hr Thunder Run at Catton Hall, near Burton-upon-Trent, as part of the Windass Pig Farmers group.

An early arrival on site on Friday morning to find a perfect spot for our group of 20 plus people made up of runners, support crew, children & dogs!

Tents erected in the rain didn’t stop the excitement/apprehension of what was to come. The biggest question on Friday night wasn’t about how many laps we would do, what order to run in, what the rain would do to the course, what trainers to wear, but which parkrun should we do in the morning?!? Was it a good idea or totally mad!!! We decided on Conkers parkrun where there were a ‘few’ tourists who were also doing the Thunder Run later, so we weren’t the only mad runners there!

Back to camp after an easy parkrun we refuelled with pancakes, ready to take on the next 24hrs of running. 12pm on Saturday & we were off. Gillian lead her team out on the first leg. Matthew went out on leg 3 & got back just as the heavens opened. Jen was on leg 4 for her team & got a little ‘damp’. Sandie’s first 2 laps couldn’t have been more different, one in the sun & the next in the rain! It’s a good job pig’s like mud, as the rain made the course very muddy, slipping & sliding everywhere. The mud stuck to our trainers like glue & felt like we had weights on our feet. We all powered though, Sandie having a temper tantrum at 2am & Jen pacing her crazy boyfriend in his solo attempt. 12pm on Sunday & the race was over. Knackered, hungry & relieved it’s finished but can’t wait for next year!!

Strider involved results (the full results – only for the brave – are here): 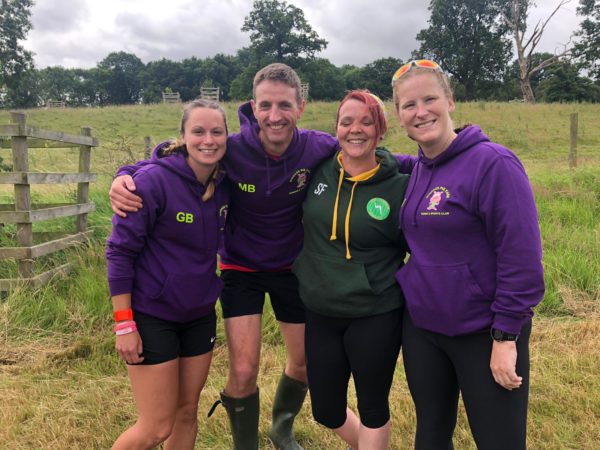