Another year, another sunny day for the Dronfield Relays. And what a great day it was. The sun shone down as teams and solo runners battled it out for the coveted Dronfield Relay Winner title, and the new for this year, winners pint glasses. The Dronfield Relays is a team handicapped event around the 14ish miles of the Dronfield 2000 Rotary Walk route. Split into 3 pairs legs of around 5 miles each, the route takes in fields, woods, trails and farm animals a plenty throughout its rural route.

There was a slight change to the running of the event this year, with the handicaps being applied at the start of the event through a staggered start. Each team was given a handicap based upon their estimated 10km times to ensure some healthy competition on the day, and a close finish.

We had 13 teams (with one guest team from Totley) for this years event, along with a record 5 solo runners.

Runners and spectators gathered from 10 at the start line awaiting the anticipated first start time of 10:30am. The race briefing was short and sweet with some minor heckling from Totley members, but soon it was down to business. The Budapestrians set off alongside the solo runners at bang on 10:30 to raucous cheers and shouts. The atmosphere was charged for a competative leg 1 game of cat and mouse.

Over the course of 23 minutes the remaining teams were set off, with the final team ‘Hals Angels’ setting off at 10:53. Hal remarked that he wondered whether any team had come back from a 23 minute handicap before. We would have to wait and see (this didn’t help me in my nervousness about whether the handicaps would work or not!).

To the end of leg 1 and the Budapestrians had held onto their 7 min handicap, and even pulled away slightly. Team Artemis had shot into second place from a 9th place start and 19 minute handicap with Sam Brown running a lightning leg time of 31:06 to take the crown for fastest leg 1 time. But this was only just quicker than solo runner Stuart Carrack who set off on his 14 mile run in a blistering leg 1 time of 31:15. The course record was looking threatened.

Further down the table and teams were already starting to close in on each other, with most teams coming through the end of leg 1 within a 5 minute gap. 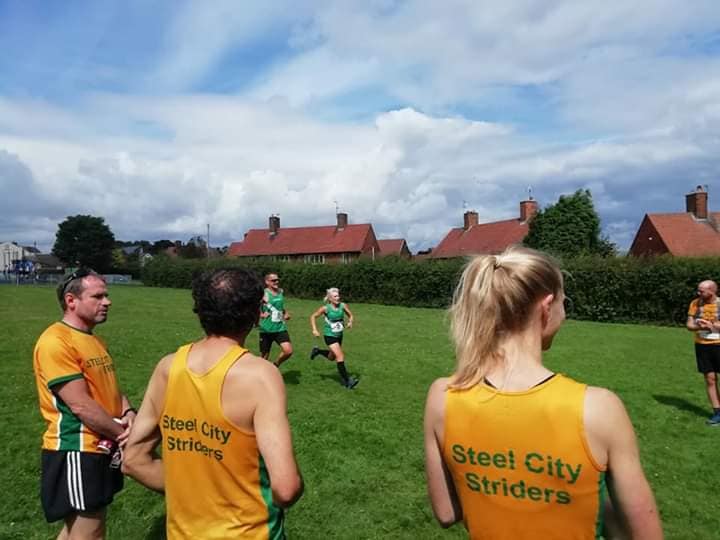 Leg 2 and the race was really hotting up, and Born to Excel decided it was time to make their move. Gilly and Neil gave it their all in what I assume may have been an ‘eyes bleeding’ run pulling out a 34:44 leg 2 time and taking the crown for the fastest leg 2 time by 13 seconds from ‘6 of the Best’. That shot them from 8th position into a commanding 1st place going into the final leg. But it wasn’t going to be easy to hold onto with lots of teams hanging on to their coat tails. In a manic end of leg 2 rush, 8 teams were within 4 minutes of the leaders. Hals Angels were suffering with their handicap, but there was still one leg to go, and a look of determination in Hal and Andy’s eyes with Andy exclaiming they were looking for a leg 3 record! Oh the excitement (and a moment of stress for the marshals as we couldn’t keep up with setting people off and getting times down due to how close everyone was).

In the solo race things were also close. Stuart Carrack ran another fastest time of the solo runners with a 34:52 leg 2, just 8 seconds behind the fastest team. Sam Needham was just over a minute behind, followed by the two Dark Peak Runners 1 minute later. It was all to play for on Leg 3.

Well it is fair to say Hal and Andy delivered on their promise, taking the crown for the fastest leg 3 run of an amazing 37:59 and climbing the leaderboard by 4 places. Further up the table and we were treated to a tense finale. After scrambled legs had climbed from 10th to 4th position on Leg 2, Paul and Warren had shot off to slay the remainder of the teams infront of them. And before long they were galloping up the final (very tough) ascent to the finishing gate in first position. In hot pursuit behind them was the Full Foster jumping into second place after having a 20 minute handicap. In consolation though the Full Foster took the crown for the quickest overall team on the day with a total time of 1:57:58. A stunning run, but not quite enough to catch Scrambled legs on the final hill. Paul and Warren touched the gate to take 1st (but were unaware for a minute whether they had done it or not).

The first two finishers opened the gates for the rest of the teams, who were flooding into the final field jostling for places on the leaderboard with just over 4 minutes splitting the top 10 teams.

Congratulations to 1st place Scrambled Legs captained by Paul Stuart, in what has become the first bit of silverware for an ‘Unofficial Head Torch’ team.

In the solo race Stuart Carrack kept his nerve to again take the fastest time on leg 3 for the solo runners finishing strong with a 42:38, giving him a total time of 1:48:45 (believed to be a course record for a solo runner). Sam was caught by Jon and Andy of Dark Peak on the last leg, but a valiant effort non the less. Kudos to David Bownes too, completing the 14 miles on a hot day, including a slight diversion on leg 2. 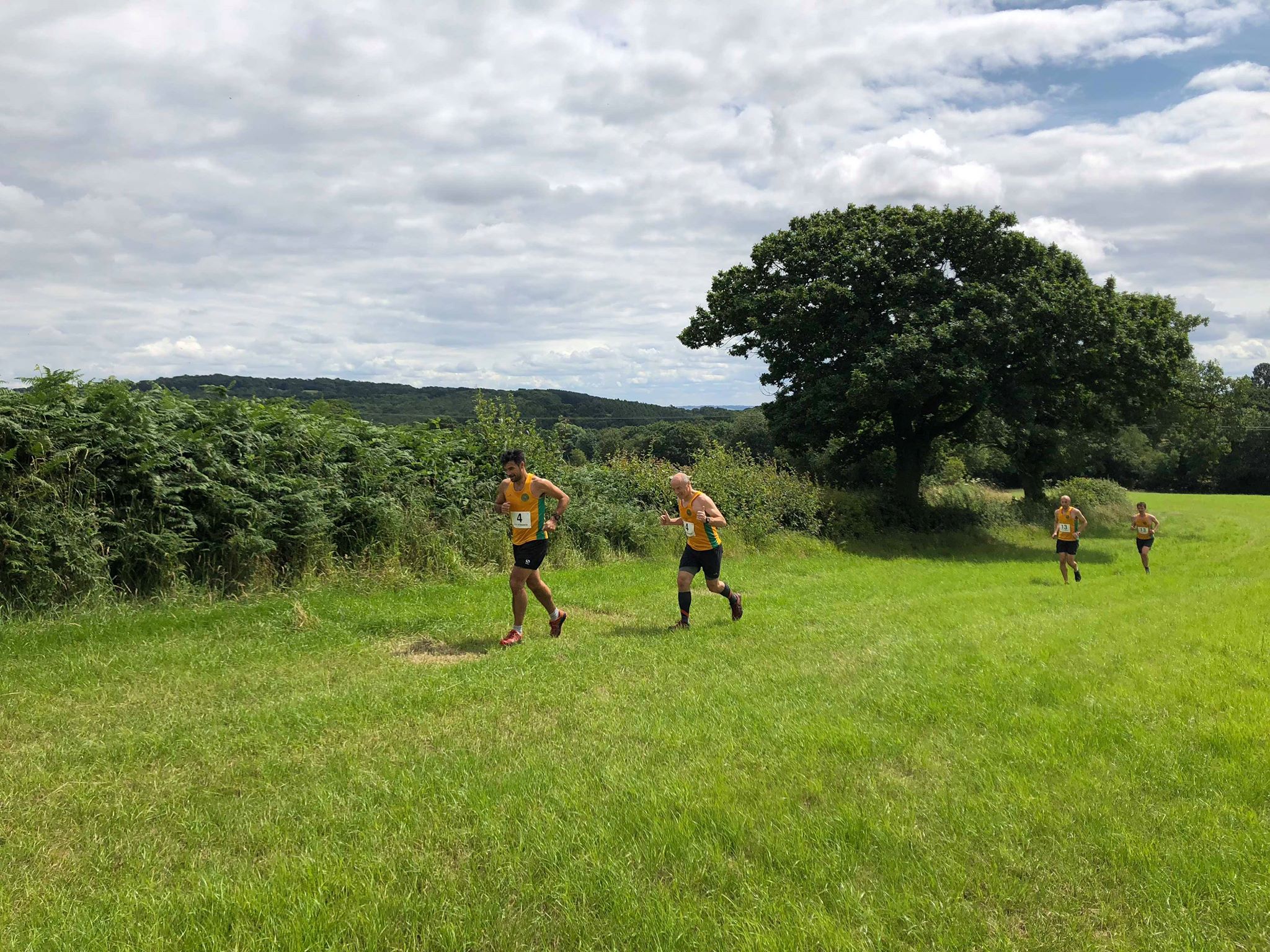 Below is a colourful graph showing how team positions changed throughout the legs. Note first place is at the bottom of the graph! 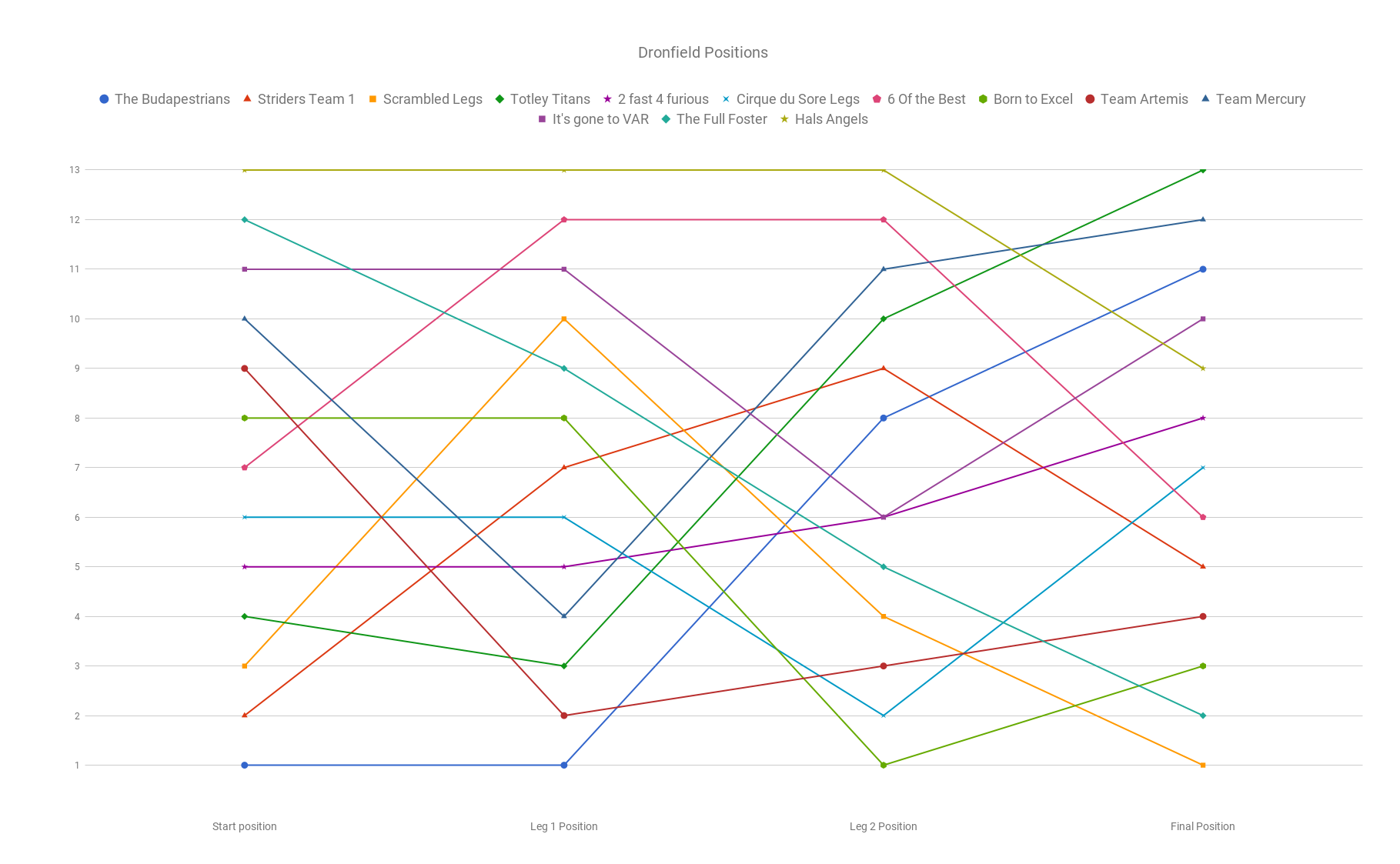 All in all a successful and fun day with some close competition. We hope everyone enjoyed it and we look forward to welcoming everyone back next year.

Thanks to Frontrunner for providing the numbers. Shout out to the marshals, Naomi, Mark, Laura and Nicole. And also to the Team Captains.

See you next year, 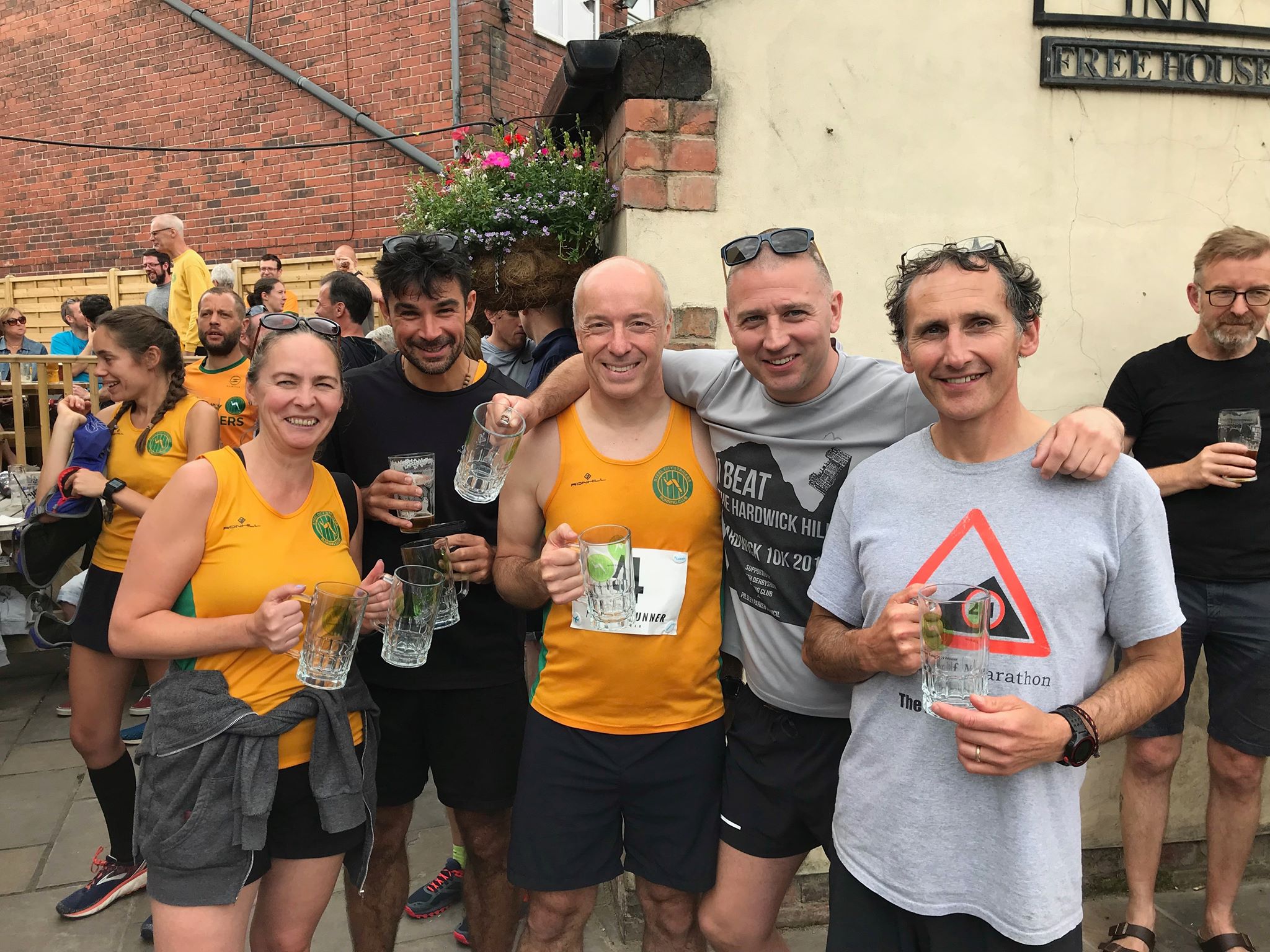