The eighth counter in this year’s fell race championship was this aptly named race which also brought the Totley AC race series to a close. Conditions were good with a relatively cool temperature and only a few drops of rain.

Sadly our own Caroline B’s attempt to defend her title ended at the bottom of the steep treacherous slope on the way down from Totley trig point, with a broken wrist. As she says herself she really was exterminated.

Kudos to Fran who was second lady home (and to Gillian who was 5th lady and Rosa who was 10th lady!). Special mention too to Nicola who was first W50 despite taking an early tumble herself which made every step painful (and there were a lot of steps)! 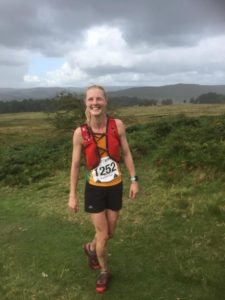 Far too happy for this stage of the race ! (Gilly topping out at Longshaw) Photo: Emma Beer 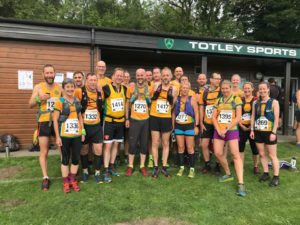