Pegg Holidays presented an opportunity to go to Frankfurt to celebrate my 50th birthday. I had been complaining to him for ages that he always went in school term time which ruled me out but Frankfurt dropped nicely at the beginning of half term so it was perfectly timed.

Six of us made the trip, flying out Friday night and staying until Tuesday afternoon. Saturday was pretty tightly scheduled with a parkrun, a dash into town to find O’Reilly’s Irish sportsbar to catch England’s phenomenal demolition of the All Blacks, a trip to the Expo including the opportunity to drink as much alcohol free beer as we wanted to (it wasn’t much), back to the hotel for the Saturday afternoon football before finishing the day off with a pizza and a couple of beers at a very popular local pizza cafe. 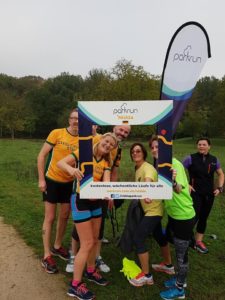 Sunday was marathon day. The weather was pretty positive – dull, cool and forecast for a bit of drizzle. I wasn’t expecting much from the marathon, a personal worst to be honest, and that was exactly what I got. I knew I had done too much Ultra running and not enough marathon preparation to get a good time but I put the effort in and whilst it was my worst marathon time by about 90 seconds, it was also my PB as a Vet 50. Kudos must go to Jill Davies who broke the FV60 club record with a time of 4.23.37. The course was a bit odd as we doubled back and weaved around the city centre a couple of times but it was impressive running along the skyline of skyscrapers.

Post marathon refreshments were many and welcome. We visited a lovely Mediterranean restuarant where the portions were post marathon perfect. 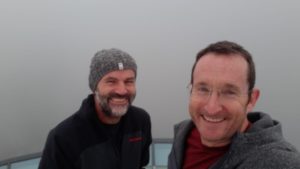 Tuesday was home time, but not before we took in a trip to the Palm Garden which was very pleasant. Overall, a really great trip away with a bunch of lovely people. We kept ourselves busy in a city that is not up there in the list of touristy places to go. I’d highly recommend a Striders trip away and massive thanks from me must go to Richard Pegg for organising it and also to Michelle, Phil, Mandy and Jill for making it a fantastic few days away. 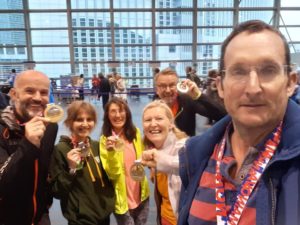