The Holmfirth 10k is organised by Holmfirth Harriers Athletic Club and starts from Holmfirth High School. The course is a circular route taking in New Mill, Brockholes then returning to Holmfirth finishing back at the school. It’s the 3rd consecutive year I’ve run this race – previous years have seen the 10k partnered with a 15 mile race that shared some of the same route but this year just the 10k was on offer for a £14 entry fee. It’s chip timed with a prize for all finishers which this year was a Holmfirth 10k branded boot bag

As you’d expect with the Holmfirth setting it’s certainly not a flat course. The first two miles are a lovely downhill section down through New Mill and on to Brockholes (I always go too fast here and pay for it later!). Then there’s a steady undulating run into Holmfirth of about 2.5 miles. Rather than going straight through Holmfirth the route skirts round the edge and takes in a short but punchy climb followed by what seems like an endless uphill stretch (it’s only a mile) back to near the start. Last is a quick downhill half mile circle of the school with a short climb to the finish. Its run on open roads / pavements but is very well marshalled with traffic being held at all the junctions / crossings. It’s no PB course but it’s a good challenging 10k that is really well organised with a fairly small field of runners. 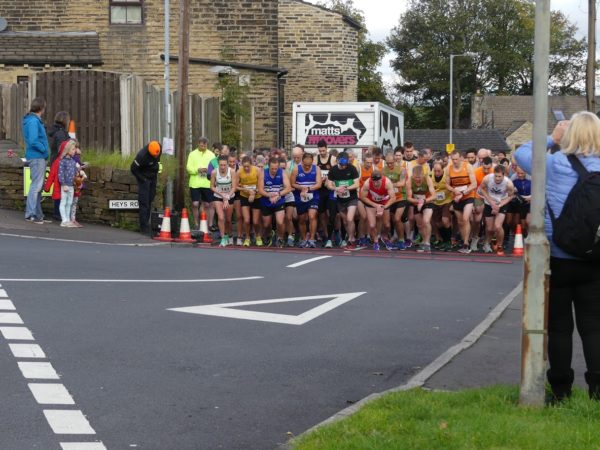 Conditions were near perfect on the day which ruled out any weather related excuses 🙂. I set off well and felt really good all the way back to Holmfirth at about the 4.5 mile mark. The punchy climb did for me though and I really slowed on the uphill back to the school but managed to recover for a decent sprint to the finish. All in all was pleased with how it went as I’ve not been on top form of recent but was about 90s off my previous PB – I’ll be back next year to see if I can’t do better.

Thomas Greenwood from Thames Hare and Hounds was first man back in a time of 35:09. First woman back was Julie Briscoe from Wakefield Harriers in a time of 37:28.

I had the privilege of being the first (and last!) Strider back this year according to the results in a time of 49:00 in 64th.

A total of 152 runners finished. Full results can be found here. 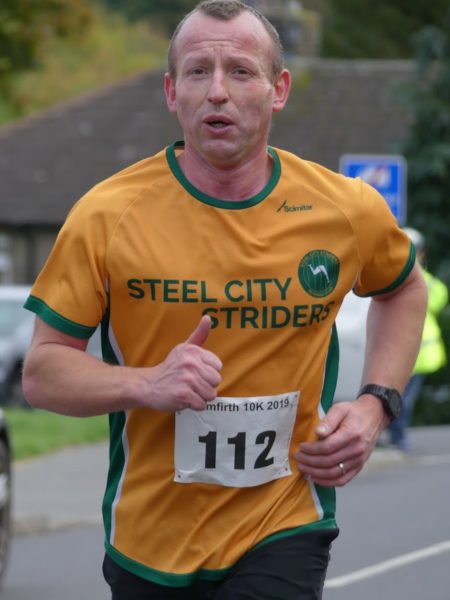