9 edges endurance is a twenty-mile route over nine of the Peak District’s finest gritstone edges. Organised by and for Edale Mountain Rescue, this event is their biggest annual fundraiser, which participants can walk, run or climb.

The run was a thing about which I’d thought, “it’d be good to do that one day… all those amazing bits of the Peak District…” But not being much used to big distances, and not having much time from which to carve out the required hours for stretching my distances, I sort of assumed it’d have to wait. Then my friend Pippa said “I’ve registered for it, do it with me this year, you’ll be fine… I know, I’ll get you an entry for your birthday!” And that’s what she did, back in the spring when several months to prepare seemed all that was needed on top of the desire to do it. Summer came and went, and what with one thing and another, I’d not really done much in the way of long runs. 10 miles felt ok but I rarely did that; I’d done 13 or so, and the stop-start Round Sheffield Run, but never 20. As well as (short) runs, preparation involved studying the maps and gpx files I’d cadged off fellow striders (thanks lads!) to piece together the bits of the route I already knew with the bits I didn’t yet know, and watching a very cool video of drone footage of the route.

The day arrived, in the spirit of seizing that day, off I set with Pippa, a pack full of required ‘kit’, some trepidation, an ‘exit plan’ (more on that later) and the confidence of my running friends and the blessing of my family. The early morning mist on Ladybower reservoir glinted in the sunshine… It was a truly beautiful early autumn day. There was a buzz at Fairholmes, first timers and seasoned nine edgers alike gathered and chatted. And off we went up into the sunshine, up the steps by the dam wall, and up the steep slope through the trees. Knowing there would be about 19 runnable miles to follow it wasn’t a problem to sacrifice the first and steepest mile to a hands-on-knees walk and allow ourselves to be eased into it. But once out in the open on a kinder gradient, we ran; past the ‘Green Sitches’, on to the flagged section which runs north-south along Derwent Edge (curiously disconcerting to run on, may be a stride-length to flag size issue?!)… Drone footage in mind, we joked about how we half expected giant signposts to pop up out of nowhere and name the landmark tors and outcrops we passed on the way. The first hill and the first of the nine edges behind us, a fifth of the way, and the day was glorious! Down into the bog, along the road and we were a quarter of the way thru! There was a long trek up to Stanage End and then we were a third of the way there – checking off the distances like this it was amazing how quickly the ‘fraction done’ increased. When we got to the more familiar territory that is the south end of Stanage I had a sense that this was totally doable; we’d done only 2 of the 9 edges, but most of the climb and half of the miles by the time we reached the squishy bananas at the checkpoint. Next, on to the track under Burbage Edge (3 of the 9); Pippa sped off on this, the ‘easy’ section… ooof, was she really expecting *that* pace here?!

My back up plan, in the weeks approaching the event, was that I could bow out after Burbage if I needed to, and get a bus home from the Fox House, which was a respectable 12 or so miles in. But here I was at Burbage South (4/9), feeling good; the day couldn’t have been better even if the prep could’ve, and whilst I was beginning to feel tired in the hips there was nothing telling me I needed to stop. So farewell to the exit plan and on into Longshaw! We passed friends here and received an encouraging cheer. There was a great deal of encouragement all around, including the customary Striders in support at various places, and the fact that there were walkers who started early and runners all making their way along the route meant that we were rarely out of sight of fellow nine edgers. We went through the busy Longshaw Estate (two thirds done), passed The Grouse Inn and pushed on up to Froggatt Edge (no. 5 of 9, three quarters done!). After Curbar Edge (6/9) we reached the End of the Known Universe, aka the end of our familiar territory, but at this point it was only three miles to go and we knew we had this in the bag! Calculating the distances and fractions wasn’t in any way a wish to get it over with; it was very enjoyable running, the weather was perfect, the views were amazing (even though most of the time we needed to watch our footing rather than the horizon), and for the most part I think we were in the moment, but the maths helped to break down the distances in to known quantities.

The final push then, along Baslow Edge (7/9), past the Eagle stone, the last checkpoint, up the hill with Gardom’s Edge (8/9) on our right, to Birchen Edge (9/9). A bit of a slog but then a very enjoyable downhill track, which might be worth a properly speedy finish if fewer miles were consumed along the way, to finish at the Robin Hood pub (up a small set of steps! STEPS! Cheers for that!) in under 4 hours. We had joked that it was a “type 2” birthday present, this nine edges entry. It was certainly a challenge, but it was just brilliant all the way, type 1 fun for sure. Huge thanks to Pippa, for getting me out there, pushing me and running with me; I couldn’t and wouldn’t have done it without you. I can run 20 miles! I might not be running 30 miles next weekend but I would definitely do the Nine Edges again.

186 runners completed the event and 20 were Steel City Striders (the biggest turn out from any single running club). The first man to finish was Mark Potts in 2:36:31, and the first woman was Rachel Burton of North Derbyshire Running Club in 3:00:48. SCS members bagged some podium places with some seriously impressive running: Hal Roberts was 2nd male overall and Gilly Allen was 3rd female overall. A further 70+ participants are listed as walkers or climbers; the fastest climbers were clearly runners, covering the distance and completing 9 climbs faster than many runners!

The full results have not yet been published, however will be available at the below link
https://www.sportident.co.uk/results.php?year=2019 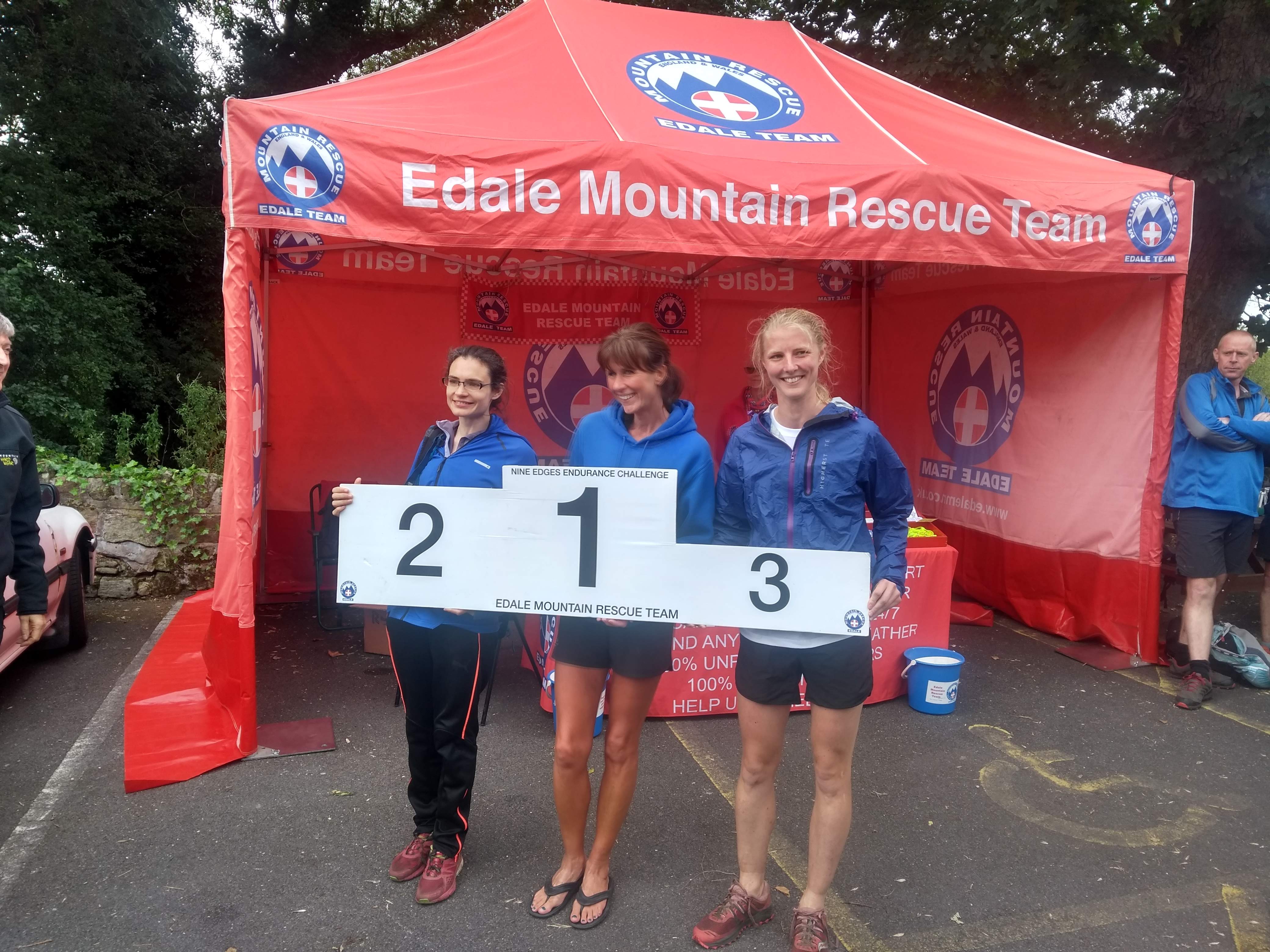 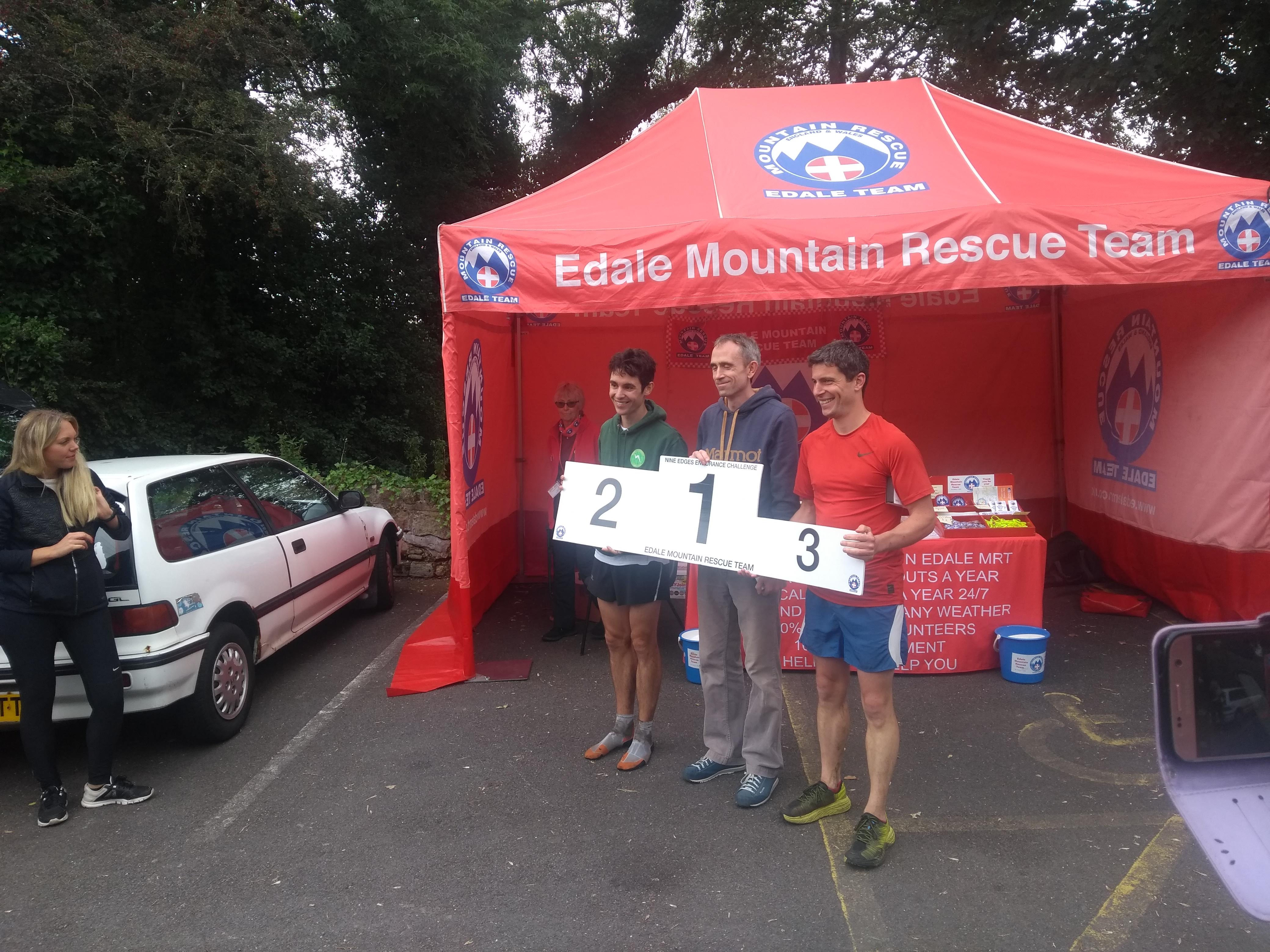