Norton 9 was the 2nd of our road race championship races. This 9-mile race takes place just outside of Doncaster with a relatively small field of 600 places. This was a well-organised event with ample parking for all runners and an easy pickup for race numbers and chips in the school hall opposite.

According to the race organisers there were 150 Striders registered for this race (about 131 ran, out of 516 finishers), making up a massive 25% of the field. On the day we definitely made our presence known, both in numbers and with prizes!  Prior to the race the weather was pretty gloomy and a bit windy! The wind took me back to the first race in the championship – The Leicestershire Half Marathon and the bleak airfield we all had to run around (and around) whilst battling gale force winds (only a slight exaggeration) as Striders waved at each other across the airfield on the double back, providing small comfort to the battling winds.

Thankfully no such issues today! The course was primarily country lanes and for the first 4-5 miles, being relatively flat with the odd gentle undulation. We then got the odd long incline from miles 5-8 which did provide more of a challenge as legs got increasingly tired! The last mile to the finish line was pretty flat so provided an opportunity to push forward get up the small hill before crossing the finish line!

Gareth Cooke from Penistone Footpath Runners AC was first male in 49:27. Striders took up the rest of the podium with Phil Skelton taking 2nd place in 51:32, followed in 3rd place by Stuart Carrack in 51:58.

First Female was Faye Bank from Pontefract AC. Our own Caroline Brock was 3rd Female, crossing the finish line in 57:04.

Well done to Striders Sarah Allcard and Stephanie Street who were both 1st in their age category! 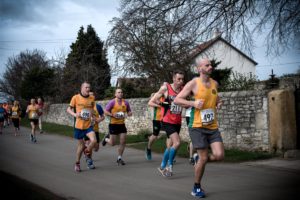 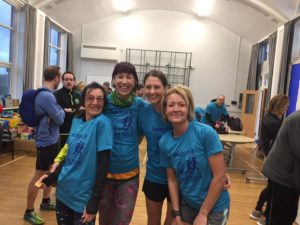 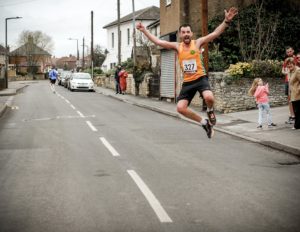