Well, this 19.2km (about 23 km including liaisons) trail stage run happened again and in near perfect running conditions to boot.  Very lucky considering the heat and humidity of the day before.

Various social media sites are alive with great pictures, amazing stories and inspirational stuff, speaking of which it’s time to get to the rather complicated results.

It looks like 2,058 individual runners or pairs took part, including the rather impressive list of Striders below.

That’s not the whole story:

Second placed in her class (FV40) was Strider Lucy Broom (just 3 seconds behind the class winner).

Third placed in his class (MV50) was Strider Michael Slater.

Very well done to all involved!  The full results are here and the Striders*:

* some of the pairs apparently included one non-Strider…. 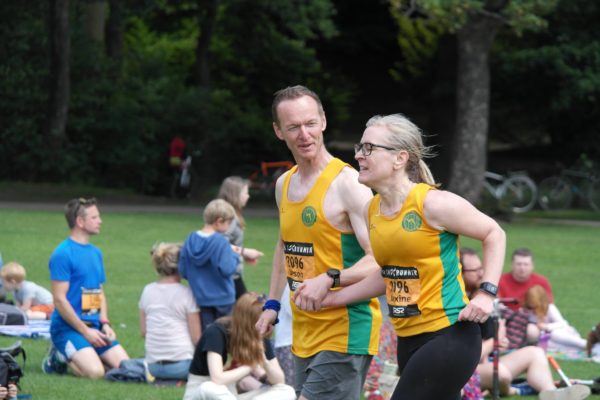 Now this is how you finish a race….