Back in February when I decided I was going to plan and run the route never did I think it would turn out the way it did!

My dad was a runner and I would always be there in the park waiting for him to finish. With Father’s day just around the corner & the anniversary of his passing just gone, what better way to remember my dad than with this fantastic idea bringing everyone together.

Also with the offer of a t-shirt with all profits going towards a cafe in the park, we knew Striders wouldn’t disappoint with helping towards this and you certainly didn’t!

After a brief discussion with Stuart Jones he quickly devised the route from the map I gave him. I recced the route in 2 halves and that was it – keep running and wait for the big day in June.

June 8th I woke up to torrential downpours and my heart sank thinking no one will turn up. Who would want to run in this?! Well 12 others were there and ready to run as well as a few to see us off. My spirits were lifted immediately and off we went….

The first half ticked over nicely with plenty of chat and the rain even disappeared. The route itself follows Penistone Road, Carlisle Street, Wooleywood Bottom and finally for that final touch of glamour Tinsley Roundabout.

We met up with yet more runners at halfway in a nice little park where the original half would finish before being shuttle bussed back to the start. 5 mins to take on fuel and a few pics and that’s it, off along Shepcote Lane for the 2nd half.

The fresh legged runners took to the front leading the way and helped me to keep focused and keep going! I had started having an argument with my legs by Attercliffe and they were winning. I just kept focusing on getting to the next pick up point at Granville Road and wow what a turn out! We were greeted by lots of happy smiley faces and a car boot full of supplies (many thanks to Matt Rimmer;’s family for this) a quick freshen up and we were off on the last 6 miles. My mind is giddy, excited and completely overwhelmed at everyone turning out for me.

We head along Broadfield Road still picking up runners, me and my legs are still arguing and now my mind is giving in and slowly giving up. My sister has joined us and talks at me to keep me going while Vicky rallies round and brings me baby food from Nancy, and the offer of Jaffa Cakes gives me that last final push I need. As we head up The Moor Stuart parts the sea of shoppers for us so we can keep on running, cheers and applause from Saturday shoppers wondering what we’re all up to!

As we hit Penistone Road for the final few miles I suddenly became very emotional and hid near the back watching everyone running along, laughing and chatting and I couldn’t help but feel a little amazed that I’d set this up and pulled it off! As we hit the final mile I was crying thinking how much dad would’ve loved watching us all come into the park. Ash, Clive, Jayne and some of my friends were all here to help cheer us in and with everyone cheering I shot off up the final sprint to complete the run, the run that had been a idea for so many years and that was it, it was done! With the best group of people I could’ve ever wanted to run it with. Steel City Striders you guys are just amazing!

I’d like to thank everyone who helped from the route and training with me to the t-shirts that helped towards the new Cafe in Hillsborough Park, none of this would’ve been possible with out you.

Same time next year? Why of course, but next year will be a different Sheffield Marathon route! 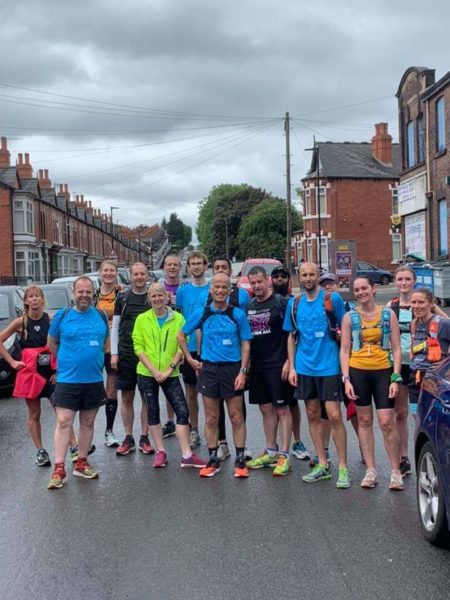 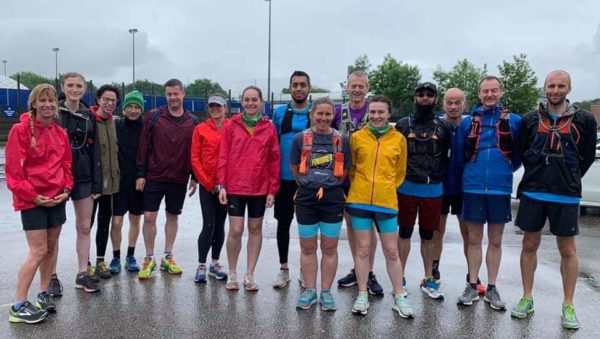