This was the inaugural staging of the women’s track meet open to local clubs for runners of all abilities.

Races were held over 100m, 400m, 800m, 1500m, 4×100 relay and 4×400 relay distances.  Each individual race was split into heats based on age categories and speed (based on 5km parkrun times). Medals were awarded for each heat so many people had the chance to stand on the podium!

For most runners this was a trip into the unknown and well outside our comfort zone, but we arrived at the Woodbourn Rd track to a friendly and relaxed atmosphere on a gorgeous summer evening.  How could we not enjoy this!

Special mention has to go to Andy Davies for organising and bringing together clubs, runners and volunteers to put on an event which, I think everyone agrees, was a great success. 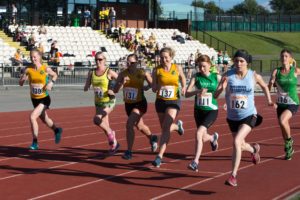 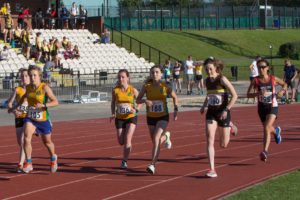 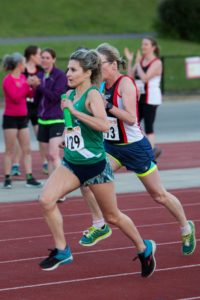 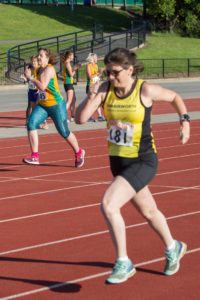 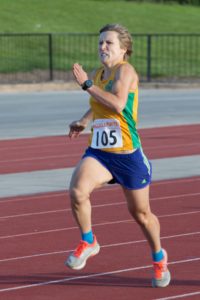 From Andy –
Thank you to all the participants who made the night such a memorable occasion. Special thanks to the captains of SCS ( Kate Scott) , Totley ( Caz Kay ) , Smiley Paces ( Kate Morris) and Kimberworth ( Adelle Marsden) who enthusiastically recruited four very evenly matched teams. Also a mention for Sheffield RC , Handsworth Roadhogs and Dark Peak runners who, whilst not arriving in vast numbers, certainly added to the event.
However, the night only was successful due to the Striders and other volunteers, who once again gave up their Friday evening to benefit others. It’s a warm, generous club, of that, I have no doubt. Big thanks go to:
Mark Havenhand, Tom Brooks, Claire Grisdale, Doug Banks, Paul Middlemas, James Broomhead, Chris Smith, Seth Kirby, Ben Stittle, Paul Blockley, Emily Davies, Hamad, Keith Jackson, Stuart Jones and the man with mic, John Liddle.

From Harriet Eisner, Chair, Totley AC –
On behalf of Totley AC I would like to thank Steel City Striders for organising last night’s brilliant event which was so supportive, inclusive and competitive. We hope this can become an annual fixture with as many clubs and members participating as possible. Well done Striders – you did Sheffield’s running women proud! 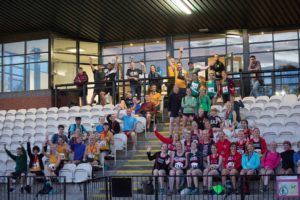 The runners from all clubs put in maximum effort, with some running all distances.  There were some brilliant races with close finishes to keep up the excitement throughout.
One noteable run was from Frances Roberts who won the 400m in 1:05:51, breaking a long standing (1988) Steel City Striders club record by 3 seconds. Super run Frances! 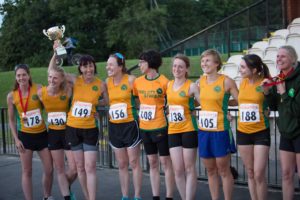 All Photos courtesy of Mark Havenhand