Small Park Big Run returned for a third year and once again the striders put out a full 24-hour relay team. This is truly an event unlike any other and some love that fact…although the course itself does feature a very sharp climb! The event is run by a fantastic team raising awareness and money for the lack of free movement and freedoms in Gaza. This year there was a parallel relay taking part at the same time in Gaza itself!

If you’re not aware of what this event entails, it is a 1km loop around Meersbrook Park that includes a 38m ascent in 400m (source: Strava!) peaking at a 20% gradient. The Striders team took one hour slots, carrying an olive branch from Gaza (a relay baton), starting at noon on Saturday 15th June right the way through to noon the following day. Head torches were needed through the night and the weather was at times extreme with some facing an hour of torrential rain. Other Striders even reported having to deal with the sounds of Rod Stewart reverberating from a gig at Bramall Lane on Saturday night (no offence Rod!).

Other running groups and clubs had also entered full teams making this the biggest ‘big run’ since they started. A special mention to the member of Good Gym who ran/walked the entire 24 hours!

Runners recorded their laps on a white board at the start/finish line, but this quickly got messy (note to self for next year) and so calculating the final lap count has been a little tricky. The total count is approximately 339 laps, which beat our 2018 count of 326. 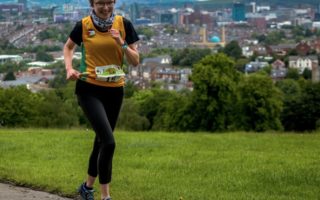 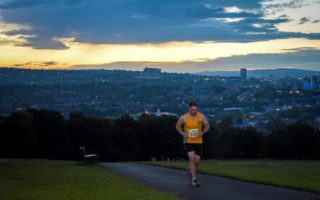 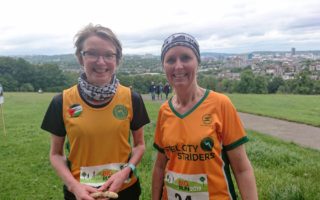 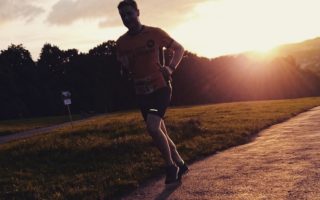 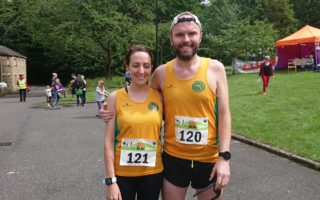 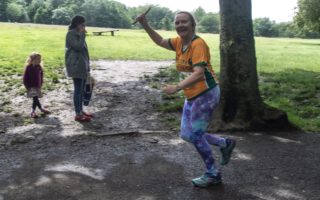 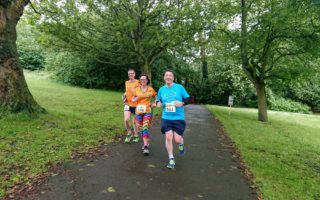 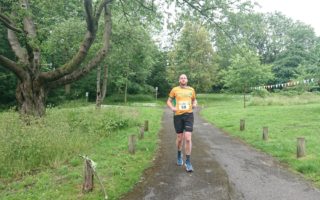 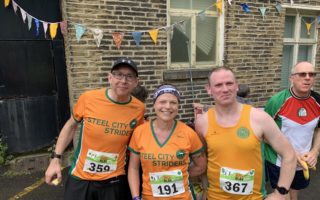