New for 2019, the Tour of Bradwell Relay is a 6 person team event based on the original Long Tour of Bradwell race route, a 57km and 6350ft rollercoaster around some of the most iconic scenery the Peak District has to offer.

After a call for runners for the event, we managed to put together a Male Vet 40+ team together, which also turned out to be a fantastic team on the day. The route is by no means easy, with an interesting mix of longer legs, with short tough climbing legs, and one of the best running descents in the peak district.

Leg 1
18 teams were entered on the day meaning over 100 runners taking part. By the 9:30am kick off it was already hot and sunny. Sun cream was being put on for the first time in 2019 and the leg one runners were gathering in the Bradwell kids play area. Not to play, this was where the start was, although Mark does love the swings, and Michael had a go on the seesaw. Mark was struggling with the cap/no cap decision due to the warmth. That shows just how hot it was getting. Off on time though at 9:30, the 18 pairs of runners all excited the play field and up the lane in a comedy fashion as they decided which of 3 gates to exit the field from.

The next time we saw them was at Hollins Cross on the ‘Great Ridge’ between Mam Tor and Loose Hill. The day had hotted up now, and this was right at the top of the biggest climb. Michael and Mark were in a fantastic 6th place and looking strong. A quick stop for Jelly Babies and some water and they were on their way down towards Edale looking strong and pulling away from the close by Totley womens team in 7th position. They held onto their placing to finish in 6th setting up the team for a good day.

Leg 2
Paul Stuart took on the short fast leg of the day. A route taking 18 solo runners straight up Loose Hill from Townend bridge in Hope before turning at the top and bolting back down to Hope Sports club. It is a brutal climb. Seeing Paul halfway up I offered him some water on his head, which he seemed to decline. I found out after that he did want some but couldn’t get the words out in his effort to keep the pace up the hill. Paul put in a fantastic performance finishing his leg in 5th position just 4 minutes behind the leader.

Leg 3
This was the second long pairs leg. It was also getting towards the heat of the day with the mass start beginning at 11:15. Nigel and Ben set off in good spirits, aiming to maintain the teams consistency around the 5th/6th place mark. It is a cracking leg which starts with a climb around Win Hill, down into Bamford before the biggest climb up to Stanage Edge. By the time you reach the Stanage trig point it is downhill or flat for 6 miles to the end of the leg. We caught up with Nigel and Ben at the high point on Stanage. Both seemed to have the resemblance of a smile on their faces, but all runners were suffering in the heat. Some quick refuelling and a couple of cold water showers they carried on down towards Padley Gorge, also in 5th position with Totley Mixed team close behind. I think they may have got slightly bored of the Padley Gorge descent after recceing the route on Tuesday, running Grindleford Fell Race on Thursday, and then having to run Padley Gorge again for the 3rd time in one week for this race. However, after making a bit of ground on the Totley team they came in with an incredibly strong time just under 2 hours 20 minutes, in 5th position for the Leg. Nigel looked like he never wanted to run again. A beer seemed to sort that out. (Note: there seems to be an error in the results here putting Totley mix in ahead and putting Nigel and Ben in 6th).

Leg 4
Nick Kirk took on the glory leg to finish off the day. A beautiful route from Hathersage up Abney Clough before dropping back down into Bradwell to finish the day. We didn’t manage to catch up with Nick during his leg, so headed straight to the finish to see the runners come in. Some slight confusion ensued when the lead runner appeared from the opposite direction expected. Following that though, normal service resumed, and in a very short amount of time Nick came sprinting down the road in 5th position and just 4 minutes behind the lead runner. A fantastic performance and great finishing leg.

After some mathematics by the race organisers and some beers for the runners at the pub across the road the results were published. After an amazingly consistent performance of 5th and 6th places in each of the legs, the team ended up in a final position of 4th place on overall time, and 1st vet team.

For the first running of the event, the organisation was fantastic. The local clubs all turned out and the atmosphere was great. The mass starts at the beginning of each leg also worked well allowing leg runners to compete as a group without the relay getting too drawn out.

We are now looking forward to the 2nd running of the event and getting a few more striders teams involved. 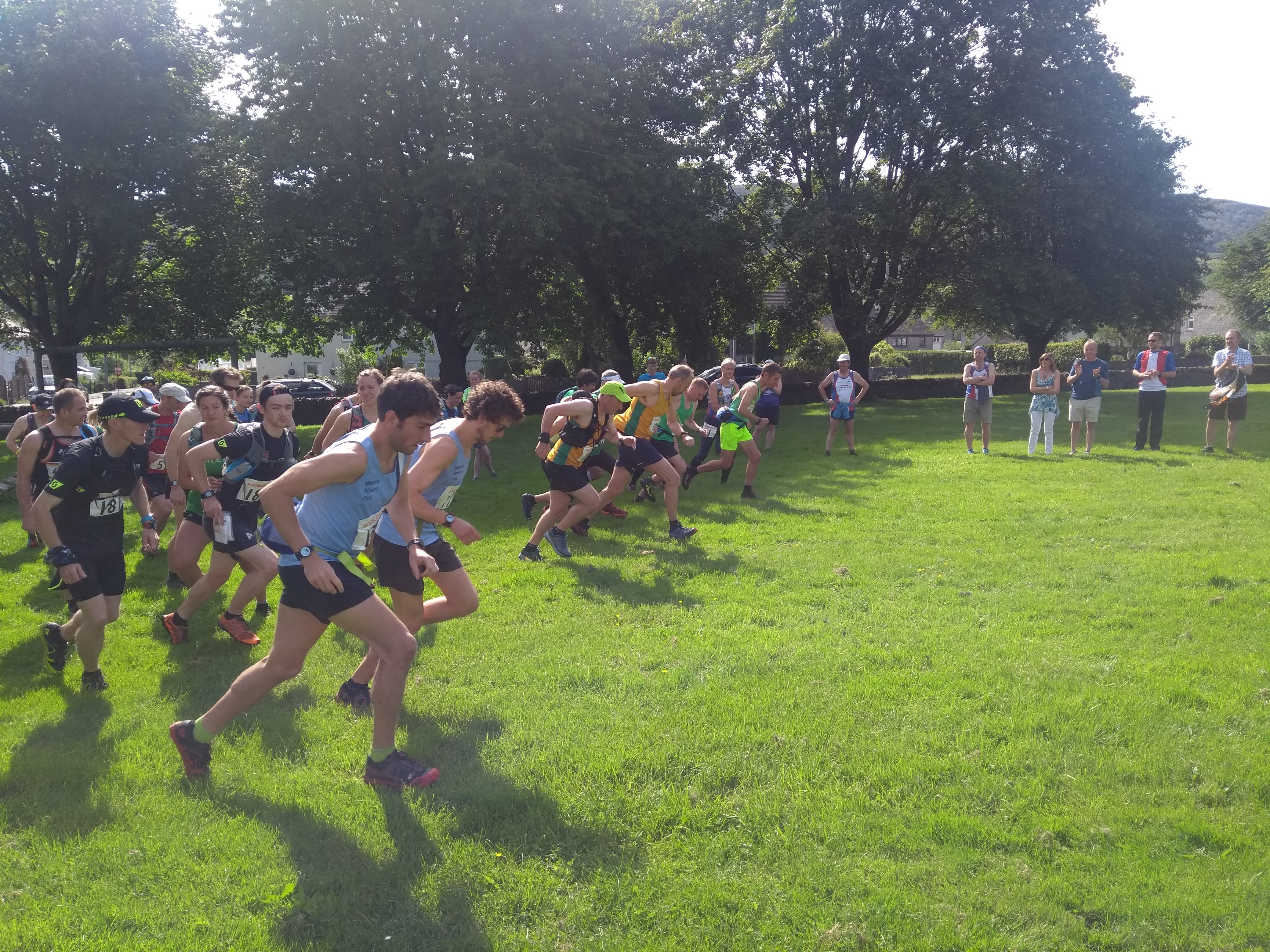 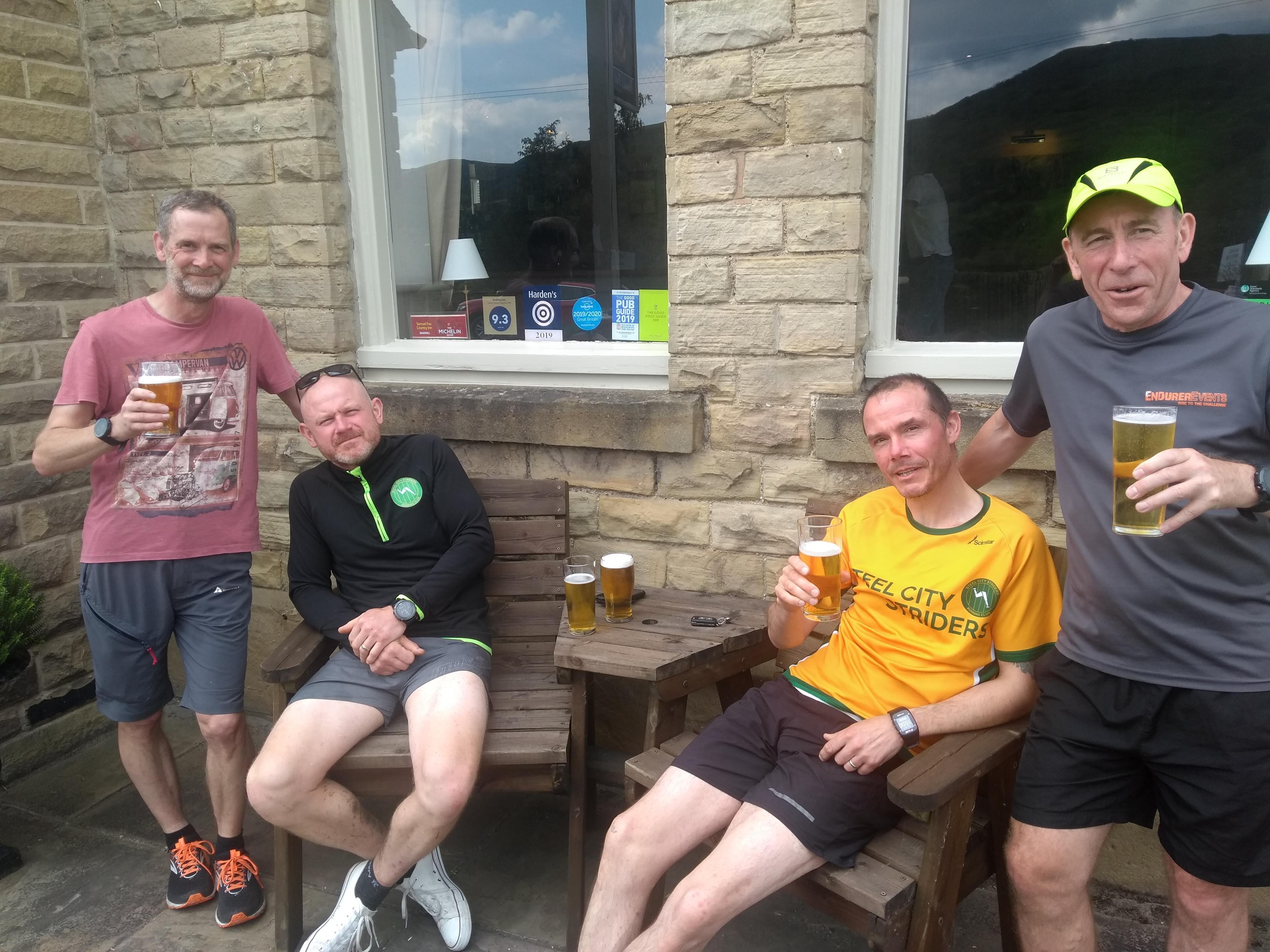 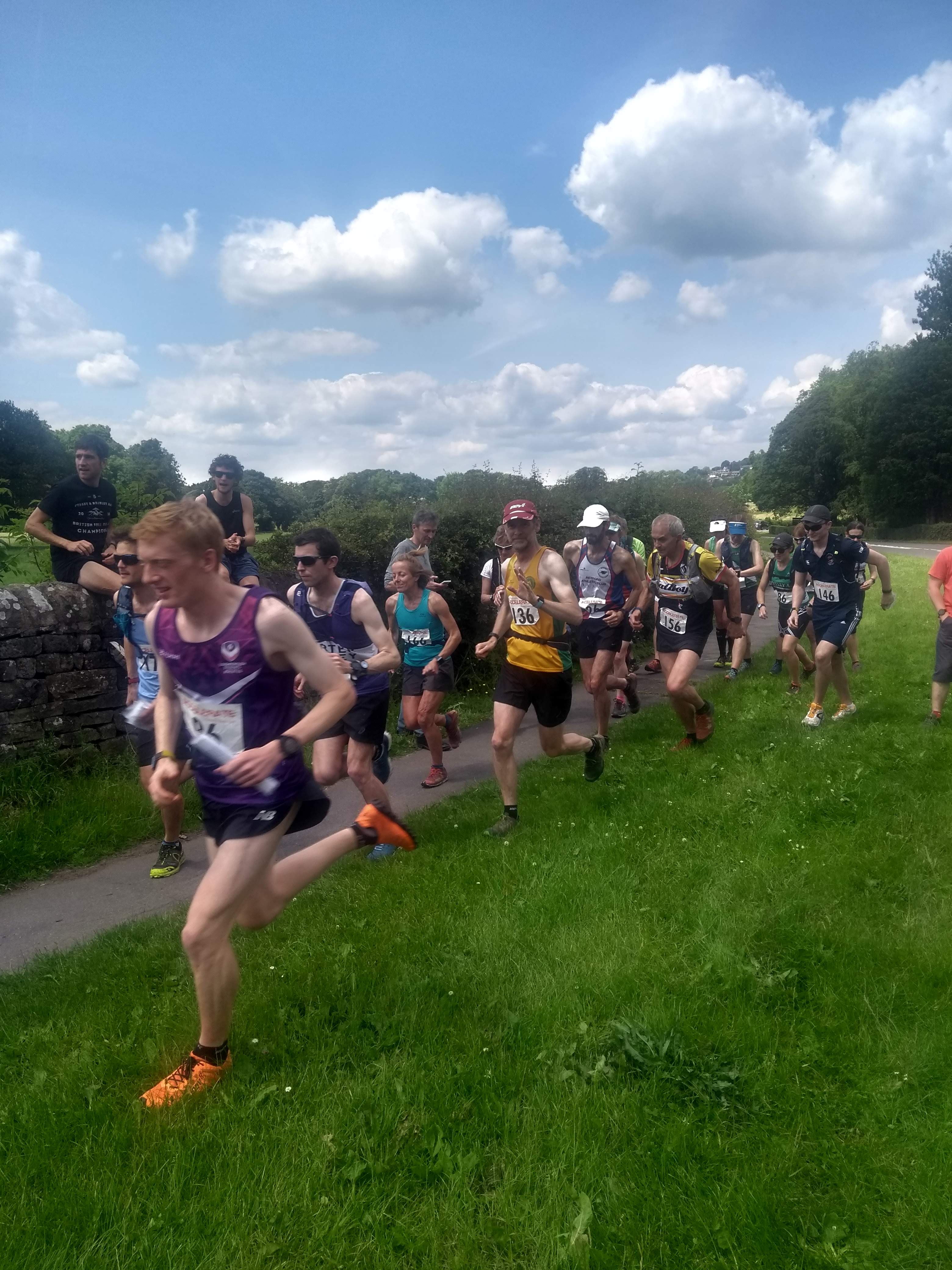 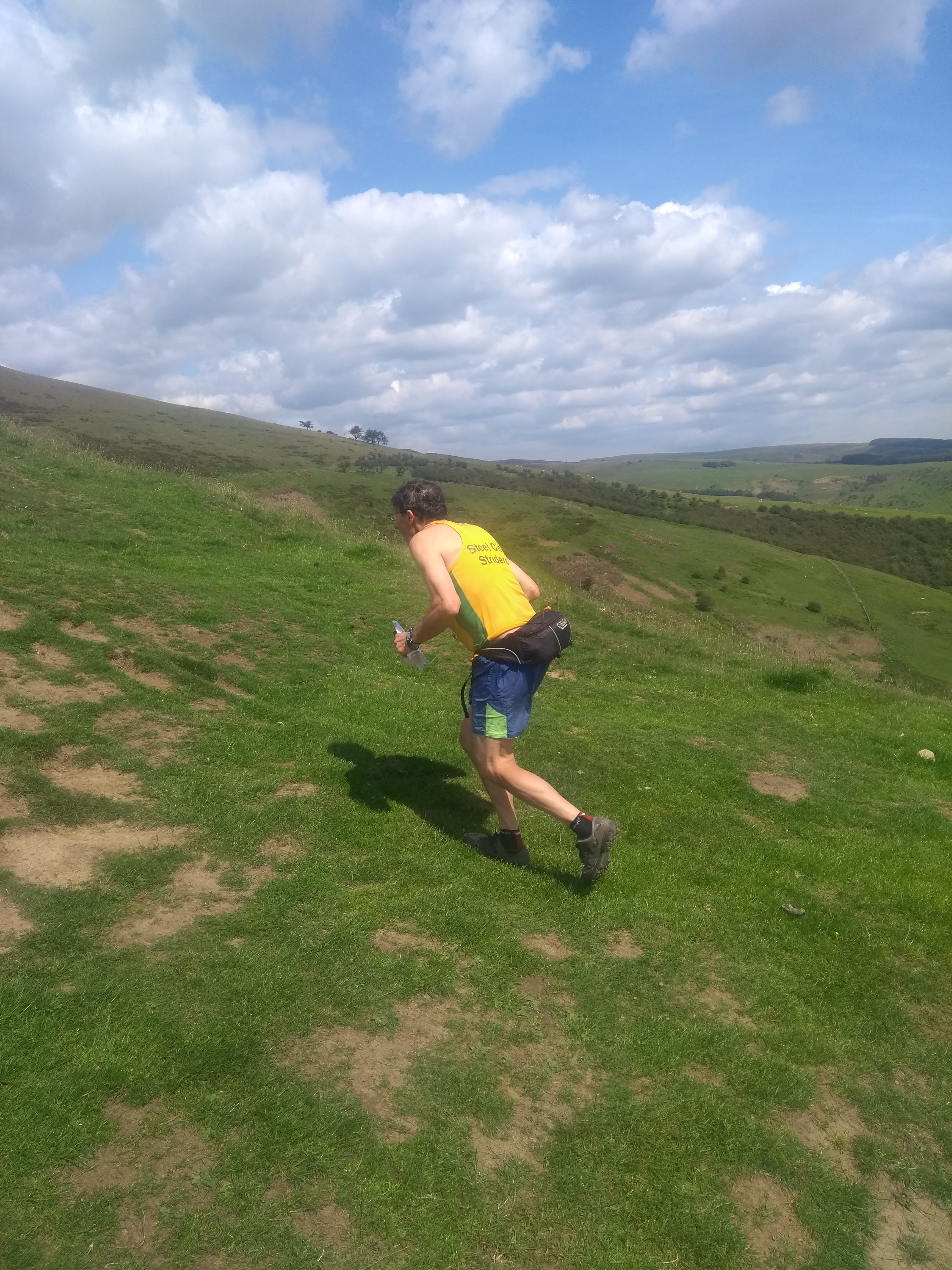 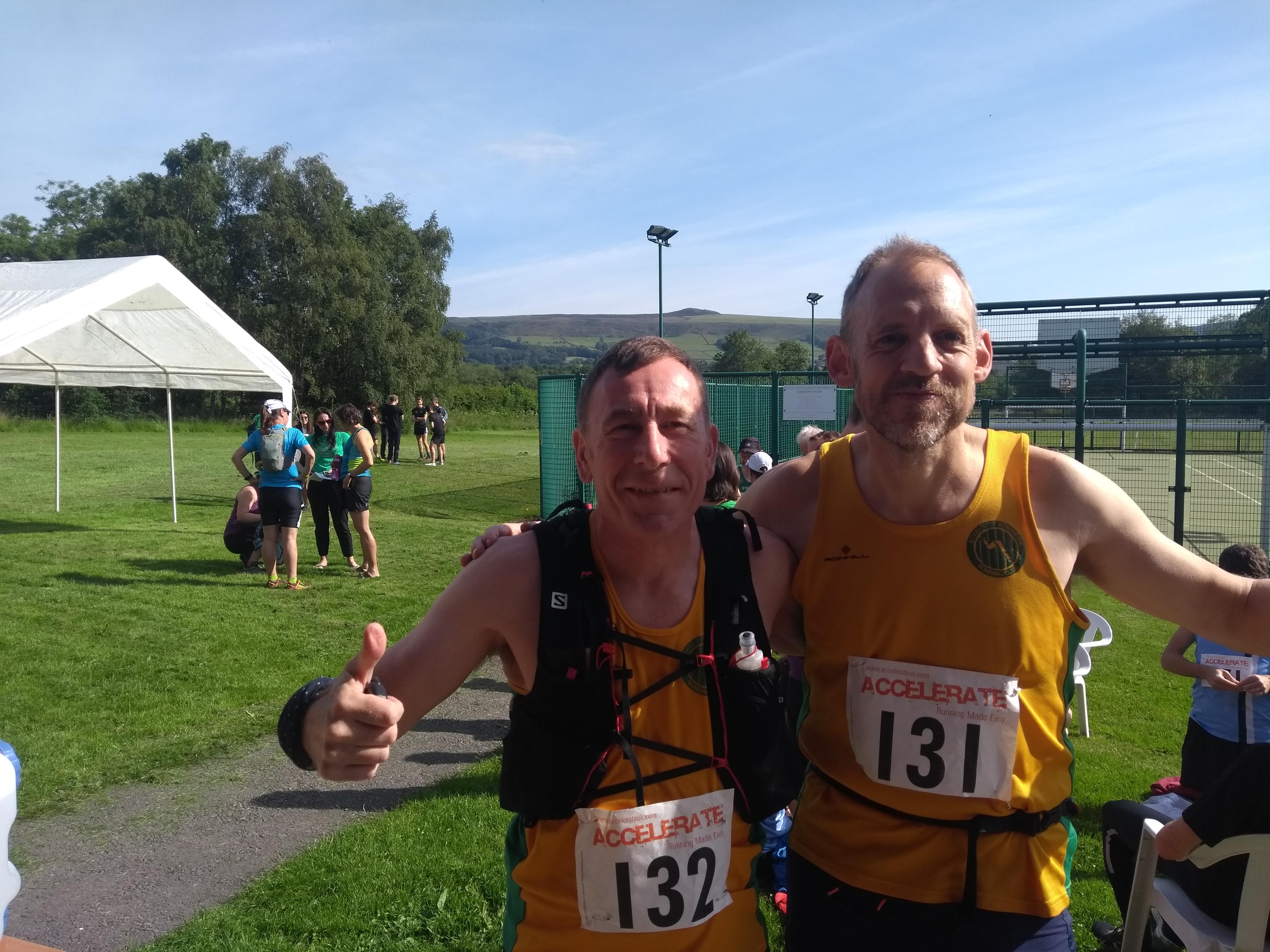 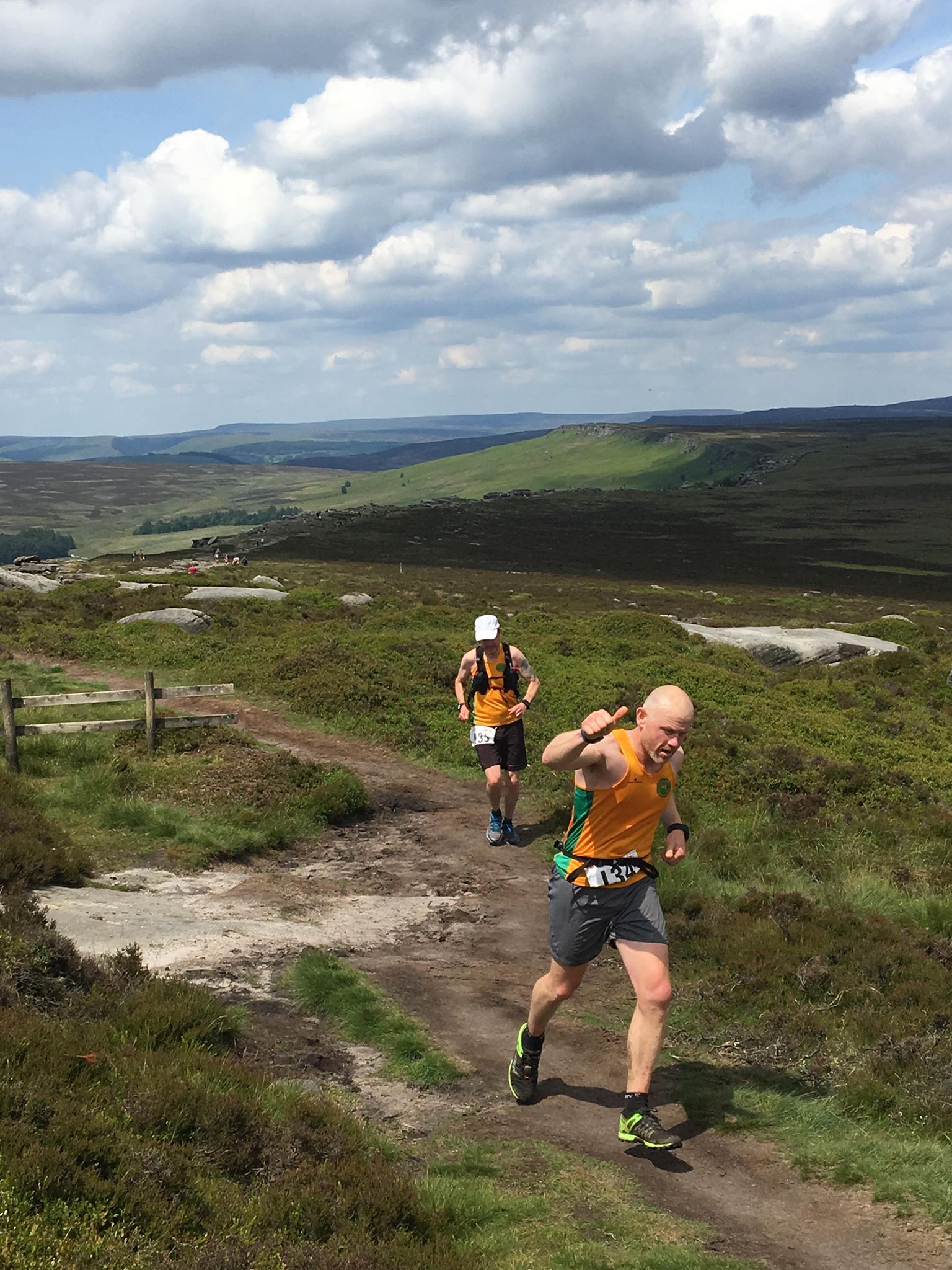