The West Bromwich Summer Sizzler 5k is organised by West Bromwich Harriers, and is held at Aston University Recreation Centre in Walsall (not exactly a local race for the club!).  I arrived from Birmingham as they were setting up and in plenty of time to watch the children’s fun run, which was half the distance of the classic race.

After the fun run and the top three prizes had been awarded I got chatting to a couple of marshals and other runners. One discussed some of the fell races in the peaks and thought I had travelled here especially for this race, not quite! Another participant from Massey Ferguson RC in Coventry talked about his local parkrun at Memorial Park and hilly pursuits out in Bangor.

It is somewhat of an untraditional race as the spectators can enjoy their beer(s) and view the majority of the route from the outside bar area. The course is entirely grass  fields with an undulating profile around the recreation ground’s sporting pitches (see below). Also, the centre backs onto West Bromwich Albion training facility – Palm Training Ground. 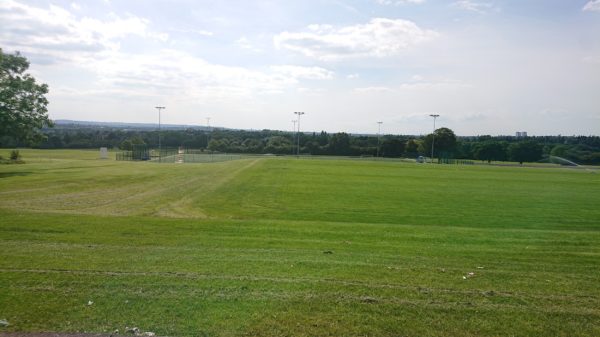 The three lap race opens with a larger loop followed by two shorter laps (see illustration below). Once again I set off at a pace I couldn’t hold, still feeling heavy from my longish run up in the Shropshire fells (Church Stretton, Long Mynd and Carding Mill Valley) the day before. All in all it was a decent route and midweek event for six quid and I managed to explore my old stomping ground on the way home. The race was won by Marc Turner (Halesowen Athletics Club) in 18:12. First lady was Jessie Lutwyche (Unattached) in 20:10. 69 runners completed the event. 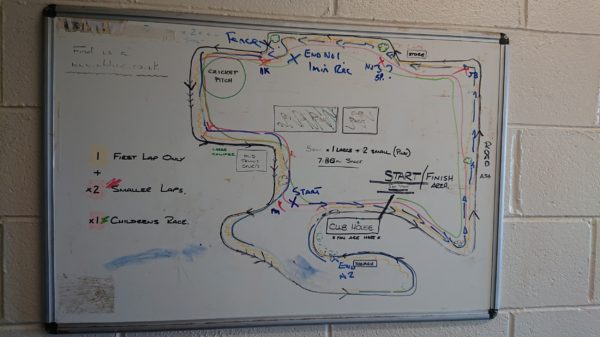 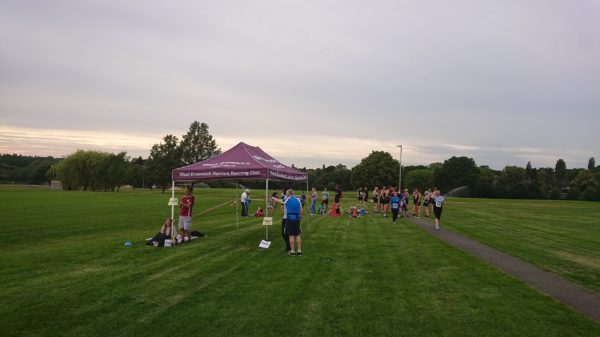