My first race report, in my first club race, of an inaugural club race, with a notable result. No pressure then…

The inaugural Wharncliffe Sider with Rosie is the opening event of the Striders’ Trail Race Championships. It consists of an 8k (5 Mile) route on woodland trail and for me is a little unique in that it is the first race I’ve ran this year that started on a downhill. This does have the innate ability to lure you into a false sense of security, fresh legs and a sense of excitement and enthusiasm that contribute to a somewhat ‘overcooking’ in the first section of the race. But fear not, as they say (or at least they do now), ‘what goes down, must come up’, and the inevitable climb decided to rear its ugly head at around mile 3, and stuck around till the finish line, I imagine laying to rest most people’s grand plan for a sprint finish. No stiles, streams or wild animals to contend with, just a good old-fashioned trail race, which I’m sure will appeal to the Vaporflys and mountain goats alike. Conclusion – I loved it.

Somewhat surprisingly, the field was awash with green and gold, and, as I hear, over 130 runners ran, a 73% increase on the expected number of 75. As this was my first club race, as well as only having raced a handful of times as a Strider, it was fantastic to see so many runners come out to race, particularly on trail (or fell, depending on your perceptions). It was this community culture that made we want to join the club in the first place and my first experience of this did not disappoint; thanks to all for making me feel so welcome. That and the possibility of a trophy, an actual trophy, an actual engraved trophy, and the first since winning most improved player, otherwise known as the ‘You’re not as crap as you were last season’ Award for Penyffordd Juniors FC under 14s in 1999. 2 trophies do make a collection, don’t they? It was also great to see runners from other clubs racing, and no doubt this race will become a firm fixture on the local race calendar, thanks in no small part to all the organisers, marshals and volunteers that give up their time to put races like this on.

There were also complimentary post-race nutrition supplements in the form of deconstructed chip butties, highlighting the club’s commitment to meeting the needs of runners with strict dieting regimes with these vegan, lactose free, sulphite free, carbohydrate rich treats.

In order to keep up the Striders’ reputation as by far the best running club in Sheffield across road, trail and fell (and definitely nothing to do with the ratio of Striders running) a Strider won, and that was me, in a time of 31:13. The first female was Natasha Dawson in 34:09.

More importantly, a total of £650 was raised for the Sacred Heart’s Hearts for Uganda Appeal, which by my account also makes the club the most altruistic running club in Sheffield!

The full results are also on the Striders website here 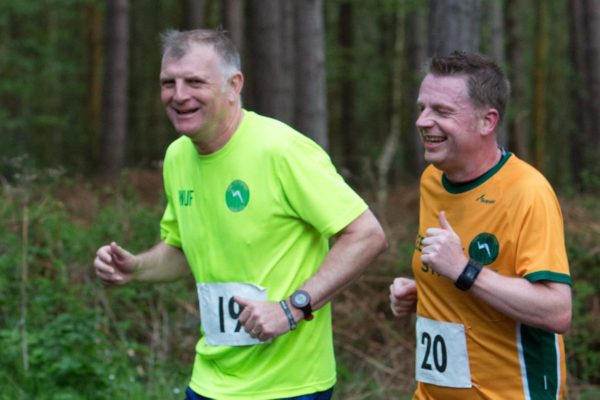