Four Striders joined a small field of 33 runners at the second running of It’s Grim Up North’s Wortley Wobble, a five mile trail race starting and ending at Wortley RUFC.

A ten-mile version of the race was also available, sharing the start, so 47 runners lined up for what was a muddy but thoroughly enjoyable race.

Registration was simple and straightforward, and after a short briefing (“it’s well marked, you can’t get lost, good luck”) we were off.  A quick downhill section on open roads took us down to the Trans-Pennine Trail. Thanks to the characteristically British weather the trail was dotted with large puddles, a lot of mud, and because of all the stables along the trail, a lot of horse manure.  Seriously, there was a lot of manure.

After a running through a tunnel, a water station marked the turnaround point for the five-milers. This wasn’t a simple out-and-back however, as we left the TPT earlier than we had joined it, and were routed through fields with a highly unwelcome character-building incline for the final three-quarters of a mile, before popping out into Wortley village, and then back into the rugby club via the back entrance for tea and medals.  Well, cake and medals, and also chocolate and beer (or cider) for all.

In all this was an enjoyable and well-organised event, however the small field might be partly explained by the relatively high cost (£20 affiliated) and being up against the much cheaper Oughtibridge Gala Chase (only £4, but you don’t get a gong) on the same evening.

The race was won by James Barlow of Pontefract AC in 34:15.  The first woman was Lucy Docherty (unattached) in 36:41. First Strider was, in something of a collectors item, me.  Well done to all who ran. 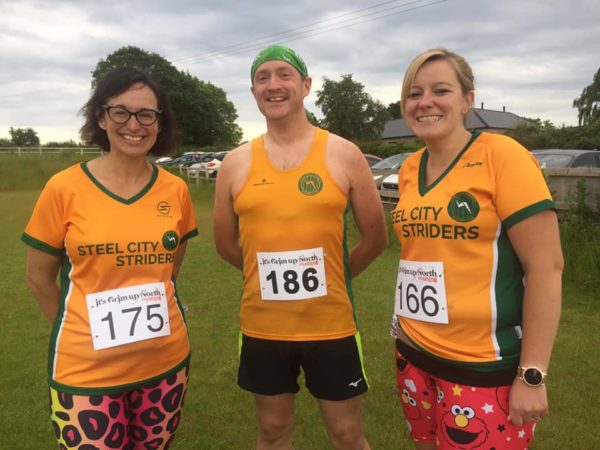 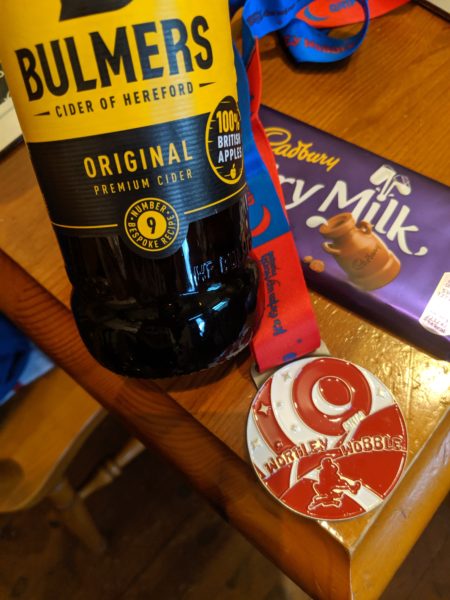