If you’ve been paying attention, you’ll know that Steel City Striders has been undergoing a road relays revival in the last year or so. We’ve had more teams going to bigger events and bringing back better results than for decades.

The Yorkshire Vets’ Road Relays has undergone a revival too: having not been staged since 2015 due to difficulties finding an organising club and a venue, this year it was back on the calendar. So of course we were going to go, to see if our medalists from the British Masters in May could become winners, and to see if we could climb onto the podium in any other categories.

It has to be said that the organisers faced problems on the day, from not having any race numbers or start lists to only knowing what order the teams finished in not how long they’d taken. Apparently a key person had gone on holiday. But they improvised their way around the issues, and somehow managed to hold together a really good event. The facilities at the York Sports Village are excellent, the course is ideal for relays with good spectating opportunities, and they got the right trophies to the right people, so in all the ways that mattered it was spot on. A week later, we have full results too. So kudos to those who saved the event.

All races involved 3 legs of nearly 3 miles (~4.6k?) on a shortened version of the perfectly flat Heslington Parkrun course. We put out some really strong teams and got exactly the kind of results we were hoping for.

Andy Norton’s searing final leg for the M35s wasn’t quite enough to catch Baildon Runners for 2nd place, but the team finished safely in 3rd to win a set of prizes that double as police badges. Congrulations to Andy, along with Chris Guy and James Hogg. 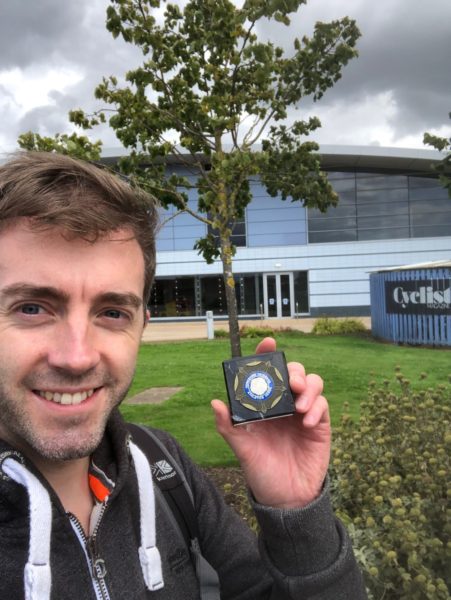 We haven’t previously managed to field teams in the younger women’s categories, but here had an excellent W35+ line-up of Caroline Brock, Vicky Barradell, and Charlie Narozanska. Wakefield Harriers were untouchable in first place, but we were well clear in 2nd, and only 2:42 marathoner Julie Briscoe ran a faster leg than Caroline. Speedy over-35 women take note: if we can keep this team together and add a 4th good runner, we could be competitive at the British Masters next year. 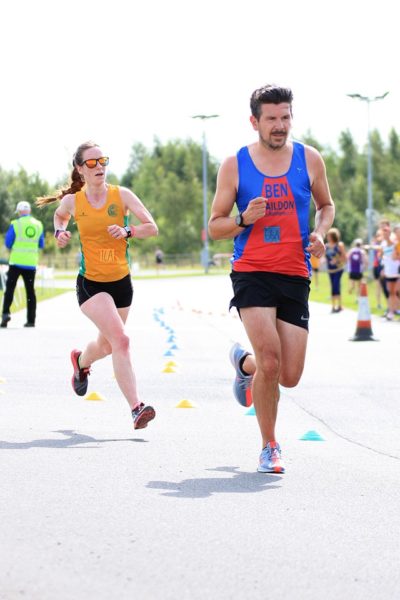 Caroline Brock, still flying at the end of leg 1

We had the same line-up in the W55+ race that took bronze at this year’s British Masters, and here they were untouchable. Kate Scott, Nicola Rafferty, and Mandy Taylor ran the 1st, 3rd, and 5th fastest legs of the day, finishing over three minutes clear of the competition to take the win. The W55 trophy was twice the size of all the others, which presumably means that this was the main event of the day. 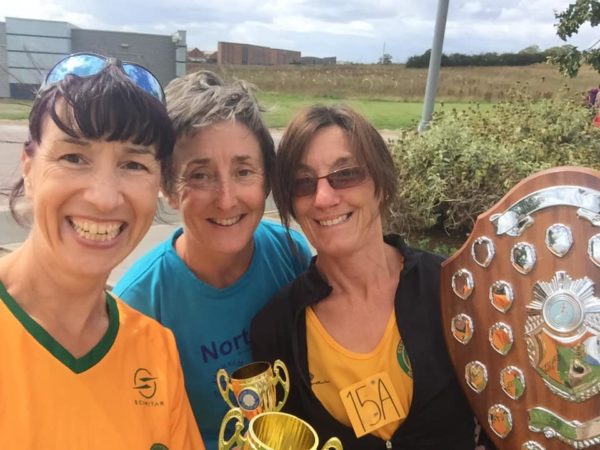 We’d also managed to keep together our W65+ team of Helen Eberlin, Carol Beattie, and Dot Kesterton that placed second at the British Masters. Here they came through for a comfortable win against Roundhay Runners. A lot of clubs struggle to get out enough W65+ runners to make a team, so we were pleased to find we had some competition in what’s one of our strongest categories. 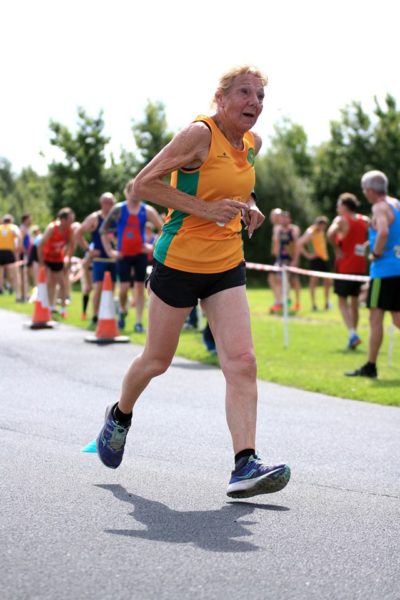 A special mention too for Graham Goff, our M70 who was without a team so ran leg 1 for our M60+ team instead. In less than 3 miles, Graham put over four minutes into the M70+ field. If we can just find him some team-mates his own age next year, we should be in with a shout in the M70+ category too.

But these events aren’t just about what’s happening at the front of the race. Alongside all of the above, we had strong runs from everyone who turned up, including those making their relay debuts, coming back from injuries, or returning to competition after long absences. The day wouldn’t have been the same without them, so thanks to everyone who joined in and left it all on the course. 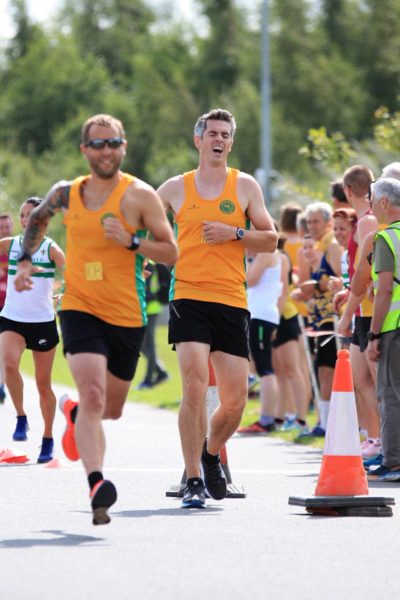 James Broomhead and Joel Kesterton: the joy and the pain of relays

For Striders results see below. 5k equivalent times are based on Riegel’s formula and a distance of 4.6k. Full results are here.