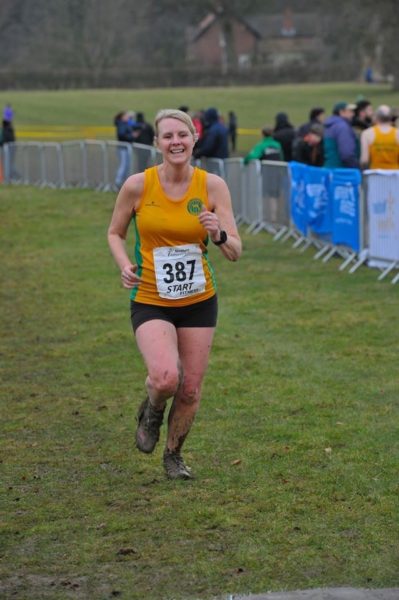 The flattest XC event of the year so far; and the muddiest.

What was wrong with the Doncaster Half 2019? Getting out of the car park.

What was wrong with the Doncaster 10k 2019? Getting out of the car park.

What was wrong with the Nottingham Half, the Helmsley 10k and the RnR Liverpool Marathon? Getting held in the car park.

The new venue for the Northern Counties XC was just off the A1M, and just north of Ripon, home of Lightwater Valley and the Yorkshires. It had no parking problems despite being accessed by one of two narrow and twisting country lanes either side of the estate. Traffic was controlled so a one-way system operated, a bit like accessing Leeds Fest in Bramham (but on a much shorter loop).

The journey up was a little tortuous – Andy Buck kindly informed me that he had read my report on the Sheffield Open / Club XC Championship (good!) and had to tell me that, no matter what, my result last week would not draw a medal at next week’s AGM prize-giving (bad!), as it only covers the year 2019. Sheffield Open was in 2020 and so medals for that will have to wait until January 2021! Nick Burns had collected said medals, after Parkrun, from the trophy shop in Hillsborough. He showed me ‘what I could have won’, as he spent the journey annotating the card sleeves to make presentations easier. The LDS medals bore other names than mine, and their respective distances. Wetherby Services held some Oxford fans going to Newcastle, Stockport fans going to Hartlepool and a team of women hockey players from Newcastle.

We arrived early and recces were sent out. Shoes and ankles returned, smeared in mud both sticky and wet, to report a classic course, something that brought back memories of Knowsley, Donnington and Blackburn (the classic venues that drive every comparison and ‘you think this is bad’ rejection).

The first three fields were good – dry and firm. The next two were appalling – waterlogged, calf-deep in mud, sapping. At least with multiple laps you could practice racing lines and try to maintain any sort of pace and an upright running posture (Actually, staying upright was a challenge for many.) My own racing speed dropped from 4:17 / km to 7:29 / km by running into the longest strip of goo. By the third lap the mud was unavoidable and more than ankle deep: low calf I would say.

It was hard, very hard, no matter where you finished in the hundreds taking part in both races. And yet it was exhilarating at the same time.
We have Nationals and Veterans to come still.

Ben Jones – first male Strider, 178th in his race (out of 584 runners).
Men’s team – 32nd out of 39 complete teams (but interesting to see that the first and second placed teams had ‘first six count’ aggregate scores LOWER than our first-placed man!)

On the way back we saw other XC competitors taking a coffee at the Services and Wilmslow High School Trampolining squad. 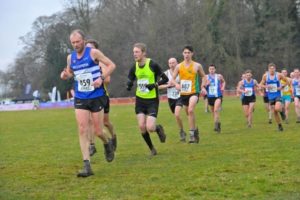 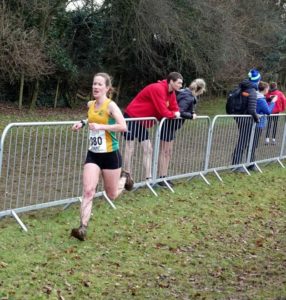