Brilliant Friday evening Striders football game played in a friendly and competitive spirit with one or 2 tasty challenges and a spot of VAR controversy (Frank Lampard v Germany copy) Final score 6- 1 to Sheffield Striders was sweet revenge for a similar score in April 2019. It was fitting that the aging Clive Downing opened the scoring with a goal which was not quite a 30 yard screamer but one Gary Lineker would be proud of. Sheffield Striders defence held firm and was backed up with a strong midfield which ROW found hard to break down. Scoring continued for Sheffield Striders with Gareth Hague scoring goal of the day, his brother Keith didn’t see it. 5- 0 half time lead was a true reflection on a dominant first half. ROW came into the game during the second half and scored their only goal, it was more of an even game but Sheffield Striders remained strong and eventually ended the game 6-1.Here is what Phil Dooley had to say:

What a night
Loved it

Many Thanks to Andy Davies for putting on this event and for families, and friends for supporting. Real winners of the night was the money raised for Alzheimer’s £225 in total. Thanks from Clive and family- Steel City Striders is the best running club in the world. 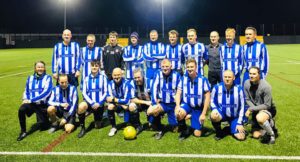 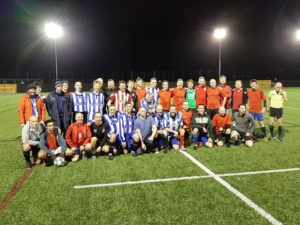 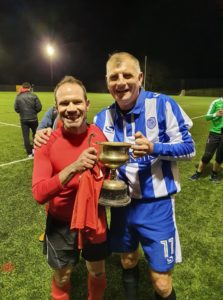 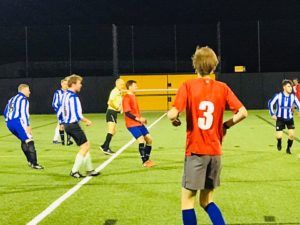