I’ll start this letter by saying thank you to all the people who made the event on the 4th October 2020 a success.

The organisers, people who have sponsored me, merchandise makers, the buyers, refreshment providers, the cheer squad, my marathon training planners, everyone who offered me advice, fellow runners who came along to my early training runs, my family and the leg runners. Without the help and support from all of you none of this would’ve been possible.

A few years ago after my wife Jayne was diagnosed with early onset Alzheimer’s. After joining Steel City Striders shortly after her diagnosis to keep me physically and mentally fit. After a few years of running with the club I had a thought about running a marathon and 2020 was going to be the year.

Once I’d been offered a place to run in the London 2020 marathon nothing was going to stop me completing such an iconic race. Unknown to us all this was to be put on hold due to the corona virus sweeping the nation, all marathons and races were put on hold up and down the country. London 2020 was now going to be a virtual marathon, which turned out to be a huge success with many people helping to organise the event.

The run itself took on the old Sheffield marathon route of 1985. Starting and finishing at Hillsborough Park, visiting some of Sheffield’s finest landmarks (and flying road signs in Burngreave.) Mandy Delaney hadn’t been here before and don’t think she will be going again, it certainly made us get a sprint on.

We then continued to Lower Wincobank and Ecclesfield. Neil Schofield stepped in to stop the traffic for us on the M1 for us all, protecting Lettie and baby William. Not even the traffic was going to stop us (well me really) as we were making really good time. We ran to Ikea, no time to shop this time but did give a round of applause to the Covid testers. This sent us back to Tinsley Green and we had a bit of confusion here but Pete McCoy saw us and got us back on track.

A quick jog through Tinsley Park then left us with a long run up Shepcote lane. We ran up here quickly as the paparazzi were following us. Simon Woodward- thank you for the photos.

Our route then took us on a little jaunt through Darnall and we picked up the pace again as the finish line was in sight as we were heading back into the city Centre. I still felt okay at this point and traffic dodging was in full flow, especially from Ponds Forge to the train station (2 beeps.)

We met more virtual runners at our changeover point at the McDonalds on Queens’s road and we had our very own traffic warden- Fran Marshall who did a fabulous job pressing the buttons to stop the traffic. We then ran up to Heeley and down London road. I was struggling a bit but with words of encouragement I kept up the pace. We received lots of strange looks and ripples of applause, especially on the run up to the Moor to meet final leg runners.

Once at the Cathedral we met my grandson Jacob, Nephew Ben, Gill Turton, Andrew Woofindin along with myself and Dawn we set up to completing the final leg. They all wanted to chat but got nothing back from me. My pace was dropping and I felt like stopping but encouragement kept me going. Dawn said we only had a park run left. I thanked her by victory sign as I was unable to speak.

Penistone road was never ending but kept thinking of the reason why I was doing this and of my Sister who was looking down on us keeping storm Alex at bay. Her son Ben was hand feeding me jelly babies and juice to keep me going. On reaching Hillsborough Park we still had approx. 1 mile to do, I could see faces and hear cheers but not clearly my vision was going.

After a bit of a mishap with the Virtual London Marathon App I eventually completed my first marathon. I don’t think London had a patch on Clive’s Virtual Marathon. The support from family, friends and fellow runners was second to none.

I’d like to mention a few people in particular:

Stuart Jones for organising a safe run for runners in groups of 6, running with different runners in each leg of the race. 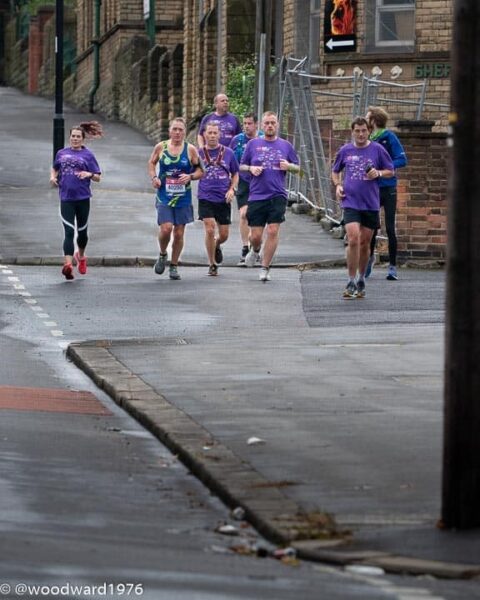 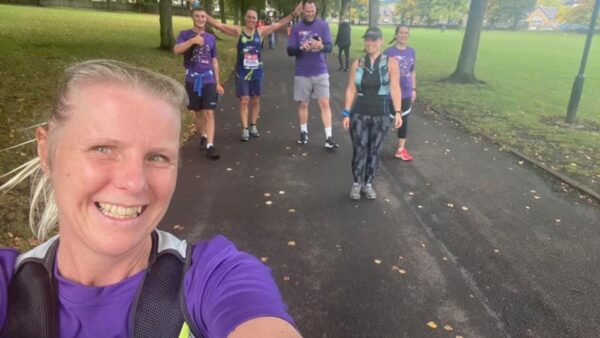 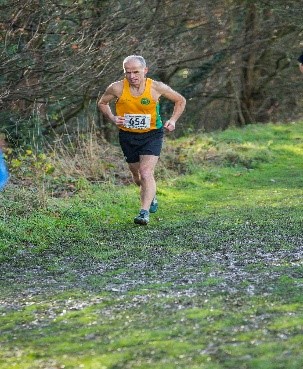 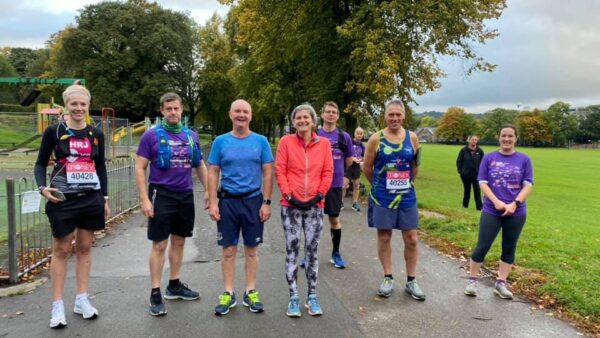 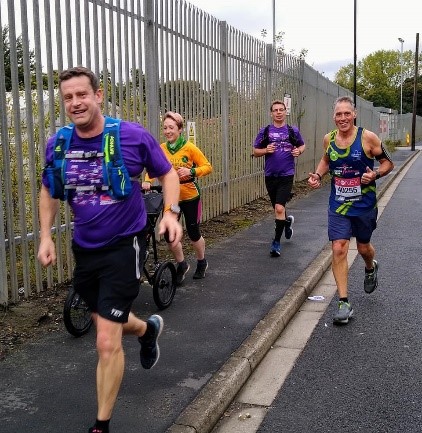 Helen Smith and Rachel Rea for following the route in their car with provisions to keep us going. 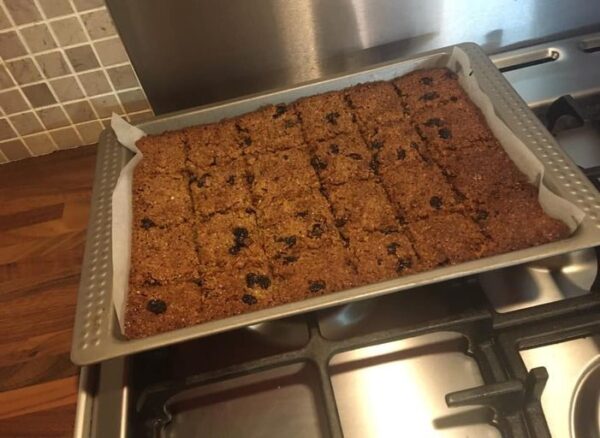 Laura Fletcher for my training plan and a few telling offs. 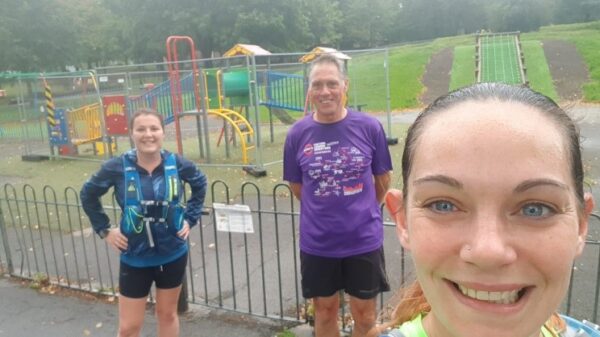 All the runners who completed a leg with me.

Ashleigh Barron for my custom made T- shirts- what a memento. 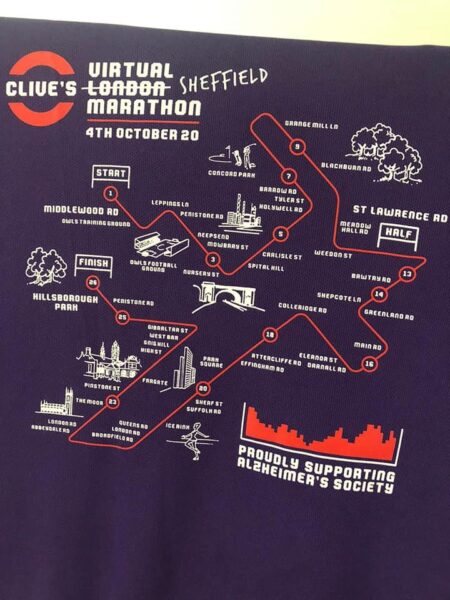 All the sponsorship support I’ve had. Steel City Striders kicked me off to a great start this year with a £1,000 donation from the Percy Pud proceeds in 2019. Thank you to Rich Dunk for making this possible.

My friends and fellow members of Hillsborough Golf Club for all their support and sponsorship money.

Thank you again to you all

You can find the full Strider results here .