In July 2019 I got a place to run in the 2020 Virgin Money London Marathon for Mencap. This would be my first marathon and I was really excited. I started running in 2014 although I didn’t really run on a regular basis until 2018 when I ran the Sheffield Half Marathon and got the running bug.

With a £2,000 fundraising target, the challenge of the marathon was going to be more than just putting the miles in during training. Mencap was the London Marathon’s official charity partner for 2020 and the money raised would go towards Mencap’s ‘All Move’ project, bringing children together from all backgrounds and abilities to take part in sport.

My first fundraising event took place in October 2019 and involved guessing how far I would run in 01:59:40, the time that Eliud Kipchoge had completed the full marathon distance the weekend before. I managed 13.2 miles on a hilly route to High Bradfield with perfect October running conditions. Who knew that I would end up running the marathon 12 months later in almost the exact same weather conditions!

I spent the Christmas period building up to regularly running 20 miles a week, ready to start an intermediate training plan with the aim of running in under 4 hours. Formal training began on 6 January 2020 and it wasn’t long before I was running through storms Brendan and Ciara with endless wind and rain. Nevertheless it was going well and I was managing 5 runs a week plus cross training and strength. I had fantastic support from my firm as well as the local pub meaning I reached £1,000 by the beginning of February.

Training runs continued during early March whilst I was away in Tenerife but things were starting to fall apart. The new virus had now reached Europe and hospitals were filling up. The Paris marathon was postponed to October and it was hard not to be distracted. On 13 March the London Marathon was postponed to 4 October. At the time I was relieved that a decision had been made, but gutted it clashed with a planned holiday to Majorca. After changing my flights and swapping London accommodation around, everything was back on. Just over a week later however, the country was put into lockdown.

I put my training to one side although I continued to run through the warm weather in April and May. However, a niggle in my hip was getting worse and I couldn’t run half a mile without pain. I had remote physio sessions and was diagnosed with piriformis syndrome. I spent June and July barely running at all and trying to build up strength instead.

August arrived and finally a definitive announcement from the marathon organisers. It was not going to be possible to hold the mass event on 4 October. Instead we would have the opportunity to run the event virtually in a location of our choice. Initially the idea of a virtual marathon sounded awful. I couldn’t imagine running 26 miles on my own without the support of the crowds, having to carry my own supplies and think about the route. However, I had by now raised £1,500. The Mencap team were incredibly supportive and I decided that I was going to give it a go.

A difficult decision was where to run in Sheffield which didn’t involve a ridiculous number of hills. I decided on the old Sheffield Marathon route, a (relatively) flat route through the industrial heartlands of Sheffield with just under 1,000ft of climbing. I soon learned that charity runner and fellow Strider Clive Downing was also going to be doing the same route!

I crammed 16 weeks of training into 12 weeks. To keep things flat I did laps of Neepsend for my 18 mile training run and found this really helped to build mental strength. However, 3 weeks before race day I ended a 21 mile run close to tears when the piriformis syndrome made an ugly return and had me limping for the last 3 miles. I spent more of the taper period resting than I would have liked, but I couldn’t risk my injury ruining race day.

I hit £2,000 a few days before the run and it was a relief to know I’d reached my target and could concentrate on the run.

On to race day! I woke up before 5am and couldn’t get back to sleep. I started eating at 6am and forced two breakfasts down. Just before 8 I was stationed in Hillsborough park about to begin with Clive and other runners in his first group.

I felt good as we headed through Kelham Island and the Wicker towards Wincobank. I was joined by fellow Strider Philip Kelly who was also running the virtual marathon and from Woolley Wood it was just the two of us, with brilliant support from Striders at various meeting points on the route.

By the time we reached mile 8 at Meadowhall I began to have an early sense of tiredness in my legs and my right knee was starting to hurt which wasn’t normal. How could this be when I’d not had had any knee pain in training!

At mile 13 I stopped to send my location to people due to join me later on, only to realise the official app had paused at mile 8 and hadn’t restarted! Needless to say I lost my head for a while and resented the year of 2020. Instead of a handy timing chip and timing mats every 5k along with fuel stations and the London atmosphere, here I was relying on dodgy phone signal and a dubious app that had a mind of its own, with 1.5 litres of water on my back and a rogue knee. Phil did his best to keep me distracted as we trekked through Darnall and Attercliffe whilst I cursed the app! All I could do was try to put these negative thoughts to the back of my mind.

By the time we reached 16 miles my knee was so painful it was giving way and I had to stop and pop a Paracetamol. I also took the rest break to have a stern word with myself!

Onwards we went into the city centre where we picked up Russ and headed out towards Abbeydale Rd. I told the guys I was looking forward to London Rd as it’s a steady downhill. Once there however I failed to negotiate a kerb and down I went and slapped the pavement.  I quickly got up and carried on, conscious that I’d already stopped to try and sort out the app and then due to my knee.

I hadn’t been looking forwards to the uphill stretch of the Moor but some passers-by saw that we were doing the marathon and cheered us on. We met Adam at the cathedral. Now a group of 4 we enjoyed the downhill stretch to West Bar where we picked up Nick and Elaine to make up the last of our group of 6 ready for the finale.

Strava segment stats tell me I’ve ran along Penistone Rd towards Hillsborough no less than 69 times, but I’ve never felt as tired and hungry as I did this time. The rest of the group, still enviously fresh, chatted with each other whilst I occasionally grunted and sighed.

We reached Hillsborough Park with 24 miles on the clock meaning around 4 laps of the mini circuit would be required to reach the distance. I was cheered on by my wonderful family and friends and this made it feel like a real race ending.

After 3 laps Phil’s phone started cheering as the app recorded us as having finished, but the app on my phone was still 5 miles out and I knew I would need to rely on Strava to submit my time, so on we went. Only at 26.23 miles did I trust it enough to stop! 4 hours, 17 minutes and 10 seconds after we had set off, we were finished and I was finally walking!

I hadn’t managed the time I’d set out to do at the start of the year, but the circumstances were so extreme and the conditions so different from the real thing, I was just happy to make it round.

After the marathon I had a big Sunday lunch, followed by a full day of cheat meals on Monday. I could barely walk but otherwise felt good. It was only on Tuesday that my stomach caught up with what had happened and I had a grisly 24 hours before picking up again. I’m back to running normally and it’s nice to be able to head out without the pressure of reaching a certain distance or pace.

I’m looking forward to running in the real London Marathon whether that be next year, 2022 or 2023, and I hope we can all get back to racing together soon.

You can find the full Strider results here . 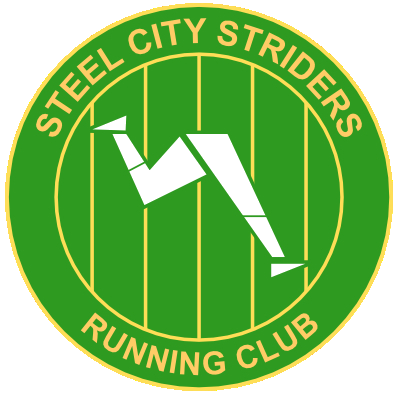