The BMAF XC Relays is fast becoming one of my favourite events of the year. It involves teams of runners in 10-year age bands (from 35-44 upwards) racing around the playing fields and woodland of Long Eaton, in Nottinghamshire. The course is only 3k, so you don’t have to do too much work yourself, but get to spend most of the day supporting club-mates giving it their all. What makes it particularly special is that it’s a rare occasion when inspirational runners who aren’t 21 any more take centre stage, and we’re a club that’s particularly blessed with inspirational runners who aren’t 21 any more.

The last time this event was held, in 2019, was also the first time we took part. Coming back this year, I was curious to discover what the course was like, having only ever glimpsed it through a foot-and-a-half of standing water. As we set off, the rain was battering down and the mist was closing in, and I thought I might go another year without sighting dry land. But our journey down the M1 led us towards a small chink of light in the midst of the clouds, and that small chink gradually grew, until by the time we were racing conditions were pleasant and perfect for running. Cross country doesn’t always have to be cold and wet to be fun.

The level of competition here is always good. This year we’d upped our game in the men’s races, taking two strong teams with serious ambitions for mid-pack glory. We also had three women’s teams, two of which—the W55+s and W65+s—had titles to defend from last time. With a record number of teams entered, including some strong teams in those categories, that looked challenging. But we were ready to give it a go.

The first race was for women’s and M65+ teams. Our W45s—Sarah Moss, Fiona Jeffries, and Jacqui Herring—running here for the first time, managed an outstanding 5th out of 18 teams, showing we have a strong group of W45s and need to get organised more often!

Our W55s—Kate Morris, Angela Jackson, and Kate Scott—took a spectacular silver in their race. Kate Morris was briefly teased with a second medal for the fastest leg of the day, but it was then redistributed to someone fractionally quicker. So close!

The W65s race was the tightest race of the day, with a thrilling finish. Going into the final leg we were 3rd, but just 37 seconds off the lead, after some great running by Carol Beattie and Sheena Woodhead to keep us in touch. And we had Dot Kesterton still to come. Dot did what Dot does, overhauling those in front and edging gold by 4 seconds, but she had to work for it! Huge credit to Hogweed Trotters in 2nd place; it was great to see such close competition in an age category where you don’t always get that.

In the men’s races we didn’t trouble the leaders, but acquitted ourselves well. Our M35+ team was a full 6 minutes, or 20 seconds/km, faster than last time in coming 17th/30. Our M45+ team, with one team member who hadn’t done any cross country since the 90s and another who admitted he wasn’t entirely sure what “cross country” was on the way down, managed a similarly respectable 9th/15. Sterling efforts all round.

Striders results are below: 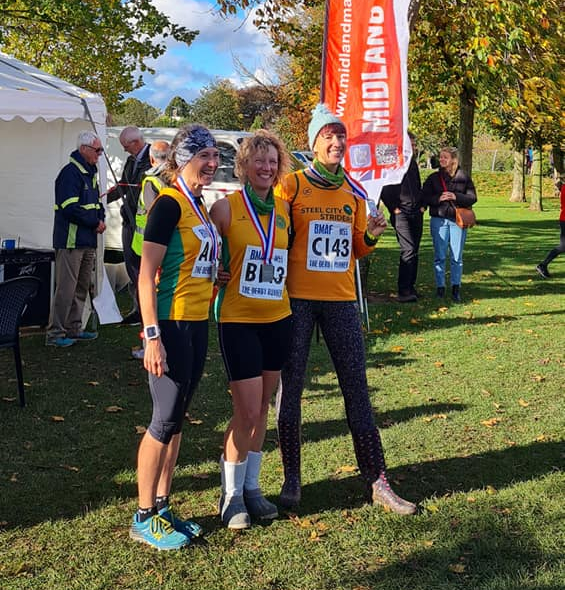 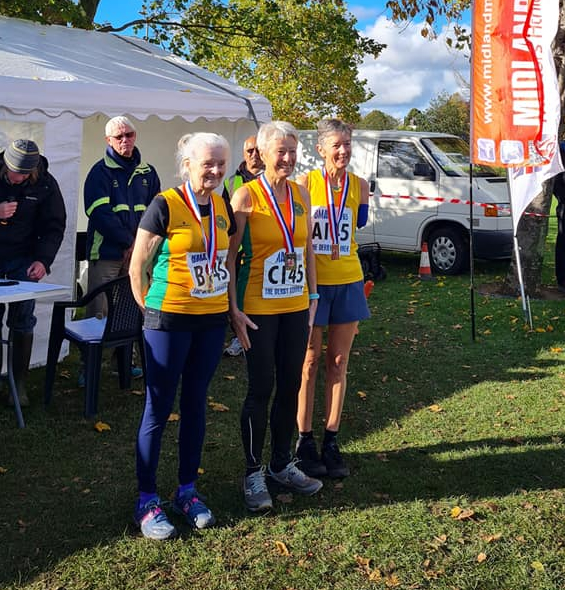 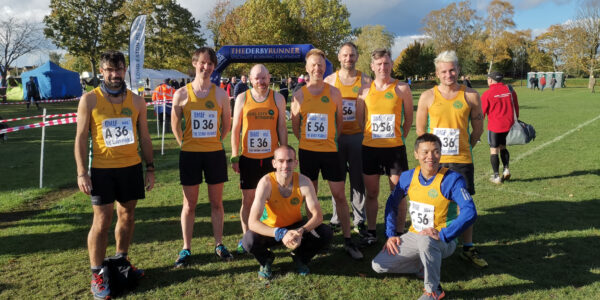