Tim Holt promoted this race to Striders in part due to the fact it was the Yorkshire Veterans AA Fell Championships. A small contingent of us made the trip over to Meltham, with 1 Strider having moved locally making a much shorter journey. It was nice to see Alasdair whose aim was to beat his younger self from when he ran the race a number of years ago (he did beat himself!). 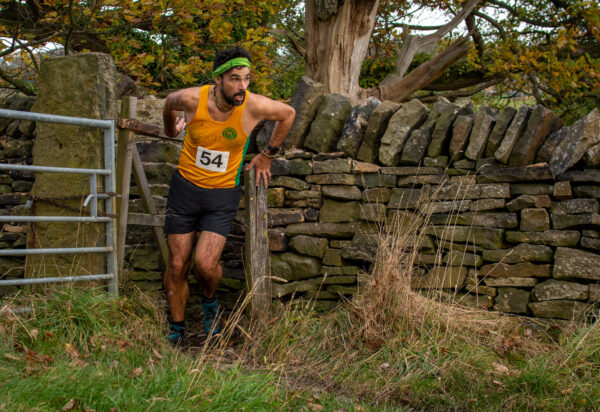 The race is 2 laps and about 10k with 900ft of climbing. The wind at the top of the cop was ridiculous, at one point I am sure I wasn’t moving and there was plenty of mud around too, all making a fantastic little race to put a smile on your face.

There is a vast amount of cake and tea/coffee available after for 50p each, this and the lovely sports complex the race is hosted from is another good reason to go next year.

To our delight all Striders that attended managed to do well in the YVAA Championships and came away with small trophies for their efforts. 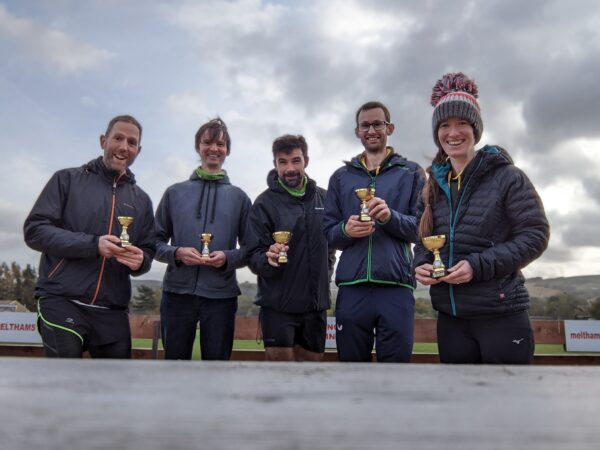 First home was Andy Smith of Slaithwaite Striders (a club who did particularly well!) in 38:52 and first female was myself Caroline Brock in 45:45.

* later rescinded on the grounds that, as he’d declared on his entry form, he’s only 31; boo!
** later promoted to 2nd, after an admin error by the organisers involving an under-age athlete was corrected; yay!

See also the full results and the YVAA Results.