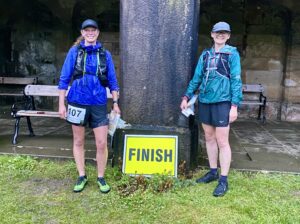 One of the best things to come out of an otherwise difficult 2020 for me has been the opportunity to get to know fellow tough-cookie and girl-of-the-fells – Alison Barrett.  We’ve been running together early on Saturday mornings for some time now, and have dragged each other round some tough runs in some tough conditions.