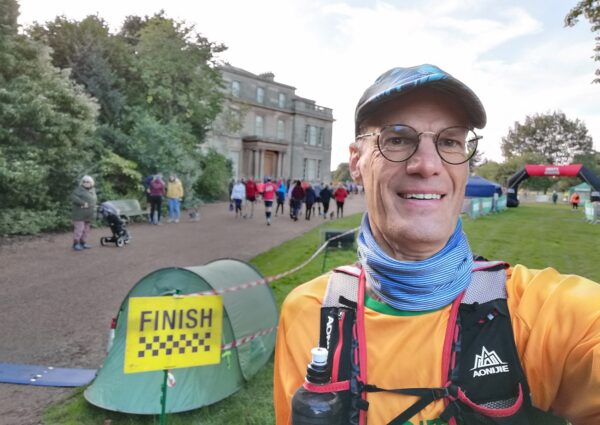 The race started and finished in the grounds of Normanby Hall – a few miles north of Scunthorpe – and took in the quiet, almost traffic-free lanes of the surrounding Lincolnshire countryside. It was well organised with plenty of marshals and water station en route. At the end of the race all finishers received a bling medal, an electrolyte drink and, in what seems to be the fashion at races nowadays, a piece of cake!

After doing several low-key races over the last several months this was my first full blown race with a mass start and hundreds of people jostling for position on the start line since March 2020. Gone were the time trials of the virtual races or the isolation of the low-key events that have been a feature of the last 18 months (great as they have been, and let’s hope that some of them continue). No, this felt like a ‘proper’ race again where you were being constantly pulled along by the people in front of you or pushed by the people immediately behind you. It also had the boom, boom loud music at the start and end of the race and the shouty voice of the person on the mic hysterically greeting every runner over the finish line – both of which take away, rather than add to, the race experience in my opinion.

In contrast to the previous day’s torrential downpour the morning of the race was cold but beautiful and clear with lots of autumnal sunshine: perfect race conditions. I finished with a personally very pleasing time of 1:43:42, in 58th position and 2nd male over 60. For Kevin it was only his second ever half marathon and he took 20 minutes off his PB set at the Sheffield half the week before by finishing with time of 1:56:16 in 121st position and 5th male over 60.

The first male in the race was Wayne Lathwell (Lincoln Wellington AC) in a time of 1:14:46. The first female was Tina Wilson (Real Fitness Race Team) with a time of 1:21:15. 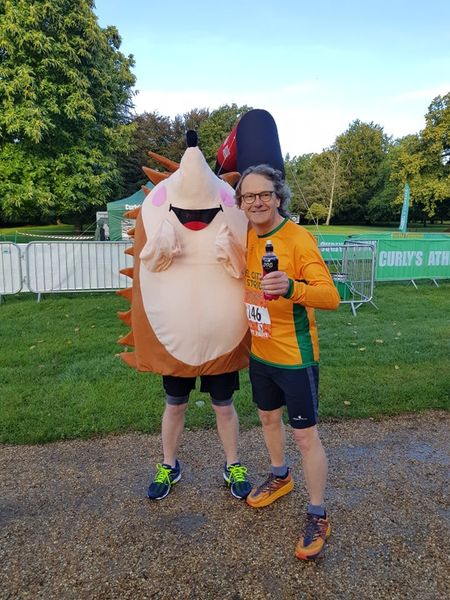