The Ilkley Half Marathon is organised by the Ilkley and District Round Table.  Guess where it takes place?

I discovered it a bit late this year but after a bit of fitness vacillation (my knee explained that it was two short weeks after the RSR) I duly entered and turned up.

Off to a good start with great car parking and number/chip distribution.  Things paled a bit with a long wait to set off which was really down to the awkward (but probably unavoidable) juxtaposition of the assembly area and the start line.  I suspect that COVID will be blamed as well; as it is for everything else!

The weather throughout was odd.  It started off hot and sunny, requiring liberal use of sun cream and the inevitable headgear.  A short way into the run, it got darker and the first spots of rain turned up, rapidly followed by a significant temperature drop and a deluge which lasted far too long.  Things then cheered up, the clouds lifted and the baking sun had another go.  Typical English summer? 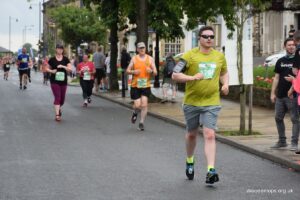 When you could see it, the countryside proved to be truly spectacular – well worth a visit or two.

The race was brilliantly marshalled, with lots of friendly faces all over the show.  No chance of getting lost.  Added to the significant number of marshals were loads of enthusiastic, noisy, supporters of all ages, even in the pouring rain; especially impressive given the fairly isolated bits of countryside we ran through at times.  All a great credit to the people of Ilkley and to the success of the organisation.

The run profile was closed roads with minimal “undulations”; over the whole course my Garmin showed 186m of ascent (571m for the RSR) which seems about right.  It should be a fast course.

I couldn’t see any other Striders and hopes of local competition were raised and then swiftly dashed by a fellow runner during the deluge who carefully explained that she came from Otley not Totley.

According to the results sheet, two Striders finished the course and the full results are here 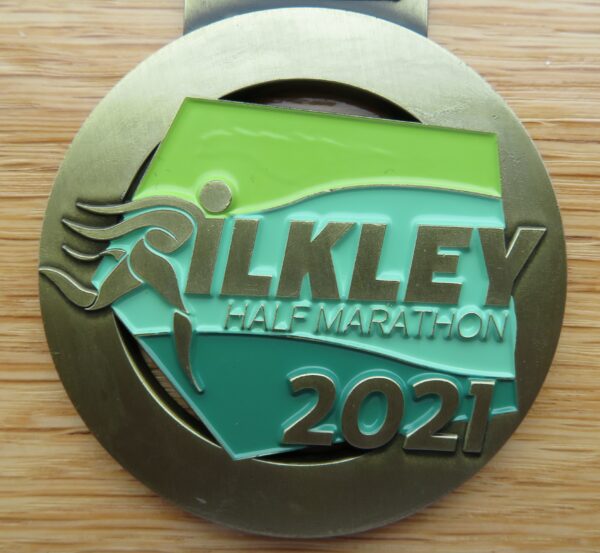