Date: 19th November 2021
Race Report by Jim Rangeley
Rangers Ultras are known for their no frills but well organised Ultra Marathon events in and around the peaks, relatively cheap for the kind of race, plenty of marshalled water points and wonderful routes through some of the best running locations in the world.
The South and North is a two day event finishing in Edale on both days but with starting points 90km apart from each other. The first (where I begin) in Ashbourne  covering the Tissington Trail, lovely limestone dales and around Mam Tor before finishing down through Hollins Cross, and the second day from Marsden with a more undulating route seeing Bleaklow peaks, Kinder Plateau and Jacobs Ladder.
I took on the challenge of the first day through the white peak and my first Ultra Marathon to boot, slightly longer than the second day, but with less elevation and I thought the slightly easier challenge of the two.
We began by congregating under the light of a full moon and the incandescent lights of Edale village hall, in the valley beneath Mam Tor, which we will see next in the full light of day.
A quick kit check for the safety essentials (bivvy bag, head torch and spare batteries) and number allocation before a sustaining breakfast of coffee and pain au chocolate and another coffee. I waited restlessly for a coach to take the race participants, a total of around 100, 31 miles south to Ashbourne. Wending our way southwards on the coach, the crepuscular glow of night lifting lit the sky, my nerves jangled a little before we were left in an unassuming carpark at the start of the Tissington Trail where we’d begin our decidedly more moderately paced return leg along the old railway line through Miller’s Dale and around the top of Castleton before the final descent back to Edale and what was intended to be my first Ultra.
Setting off on mass through the Ashbourne Tunnel along the first 17 miles of steady relentless path, underfoot more reminiscent of road running on hardish going gravel path than that of trails and paths that I am used to and vastly prefer. The miles may have been boring, but they were quick and passed surprisingly quickly with brief stops at aid stations along the route for a pack of cheese puffs and the loo before veering off the Tissington Trail and on to the Pennine Bridleway, before the descent to the 37km check point in Millers Dale. The rough trail down was a massive change from the metalled tracks of the Pennine Bridleway but finally added a pleasant bit of variation to the knees and feet. The steep climb out of Millers Dale was a real struggle on my then tired legs and I was approaching the furthest I had ever run. As I opted to run walk the next few miles I also opted for a little music.
Mam Tor came steadily into view after another steep but manageable climb through Bradwell Moor spurred on by Lemmy Kilmister in my ears, I steadily gained on a group of runners who were handy pace setters and convenient targets in the distance for me to “chase”. Around Mam Tor (thankfully not up) and along the stone path to Hollins Cross where we dropped down into Edale. It was at this point that my knees started to give way and my pace was merely a plod, I was passed by far more seasoned runners. But back on easier terrain I was back in a reasonable stride, as the kilometers ticked above 50 under the High Peak railway line and into the village past The Rambler, before finishing where we started hours before in the Edale Village hall.
This felt like a really good introductory ultra for me, simple navigation, not massively hilly and with plenty of checkpoints. For those who want a grand finish and start line with plenty of amenities, Rangers Ultra races may not be for you, but if pomp isn’t what you are looking for in a long distance running race then I would recommend keeping your eyes on their offerings.
This was part of a two day race, the second half under the same format, but wends its way from the north through the Dark Peak along the Pennine way, not as far (43kmish) but with a lot more climb. Many of the race participants were running both days – I may consider that next year, may.
I didn’t really know what to expect for my first long distance race, but I enjoyed the day and the excuse to eat a shed load of carbs is certainly an upside. And if I’m honest, I’m already on the hunt for the next one, so it can’t have been that bad.
Full results are here.
Jim was a lone Strider on this one : 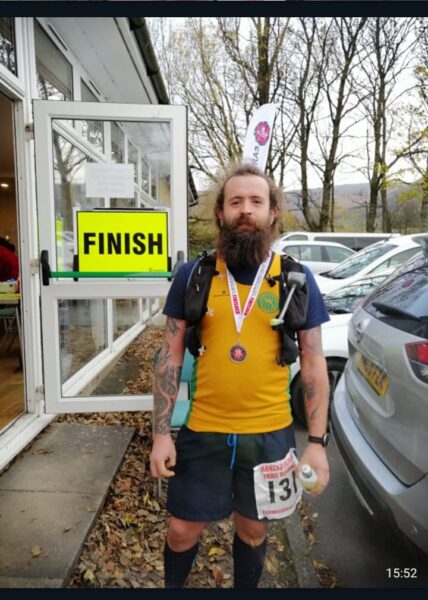 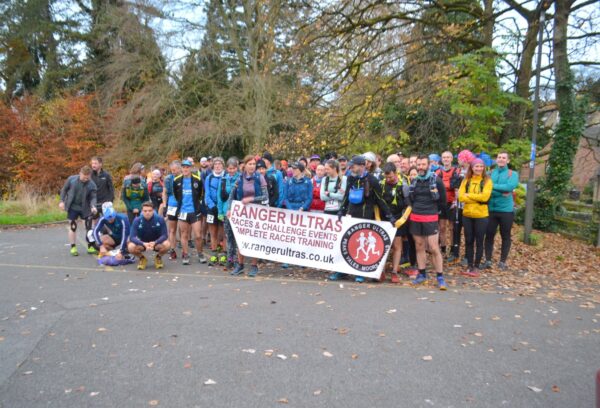