On the final weekend of the 2021 Road Championship, we offered Striders a choice of races. Those in the mood for something short and fast could head to Doncaster Racecourse for the 10k. For those who like their races a bit more attritional, we had the Clowne Half. Or if your running taste is eclectic, you could make a decision based on whether you’d rather have a hoodie at the finish line or a pork pie and a hot chocolate. I went with the edible option in Doncaster.

The weekend began with Storm Arwen burying Sheffield in snow, and for a while it looked like the season might end the same way it began: with race cancellations wrecking everything. Thankfully, with both races taking place in more sheltered climes to the east, the early morning course inspections found the roads safe to run on for anyone who could get to them. A few people whose cars were iced in on side-roads sensibly decided not to risk the journey, but most of us with entries managed to get to the start lines.

With freezing temperatures, there were difficult choices to be made about what to wear. We had a good mixture of approaches, from leggings and base layers plus hats and gloves (but no scarves that I’m aware of), to shorts and vest and Yorkshire bloody-mindedness. I tend to think that if you aren’t cold on the start line, you’ll be too hot during the race, so was in the latter group.

We have individual race reports on the Doncaster 10k from Laura Mella and on the Clowne Half from Brian Jenkins, so do enjoy those if you haven’t already. A timing glitch at Clowne meant we only have gun times, not chip times for that race. Thankfully I don’t think that’s affected age category positions, so all the prizes should go to the right people. So, for the final time this year, here’s what happened in the Road Championship:

As we left things last time, Sarah Percival was out in front on the points table with a big gap to the chasing pack. Some huge scores on the final weekend saw as many as five Striders overtaking her.

Leading the way was Richard Pearson, with a 70-second PB in 34:35 at the Doncaster 10k, scoring an immense 90+ points. Behind him was Jordan Moat, with a 43-second PB of 35:50, also in Doncaster. Kate Scott was just 0.05 points further back, after a 66-second PB with 1:43:35 Clowne*. It’s always great seeing PBs getting decimated; huge congratulations to all three.

These results are handicapped by sex but not age, so kudos to Kate Scott and Lucy Broom for featuring in what could be seen as a Senior competition.

*Kate being 3rd to Jordan is the one result that Clowne chip times might have changed; apologies. Fortunately it’s not an official category, it’s just for fun.

It was already clear that the unstoppable Dot Kesterton was going to top the age-graded table, but the places behind her were still up for grabs. Lucy Broom’s 41:14 and 80.27% age-grade just helped her to pip Nick Booker and Stephanie Street to 2nd place. With Lucy running in Doncaster and Nick running Clowne, this is one of the places you might wonder whether the timing mat failure at Clowne has messed up our results, but unless Nick took over a minute-and-a-half to cross the start line, the order here is correct.

These results are handicapped by sex and age, so kudos to Senior Richard Pearson for still ending up near the top.

The Senior Men’s category has been one of the most competitive of the Championship. Richard Pearson emerged as our winner with an emphatic run on the final day, but shout-outs to Jordan Moat, Daniel Cubitt, Malcolm Baggaley, and Seth Kirby for keeping things interesting. I’m looking forward to another good battle next year. 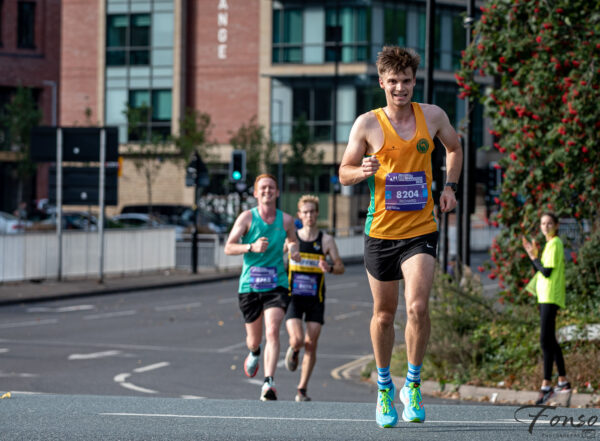 Harriet Davies sealed the Senior Women’s title with her fastest time and biggest score of the series in Clowne. Congratulations too to Laura Rangeley in 2nd. Both did it the hard way, completing the Sheffield Half, Eyam Half, and Clowne Half along the way, which deserves a lot of respect. 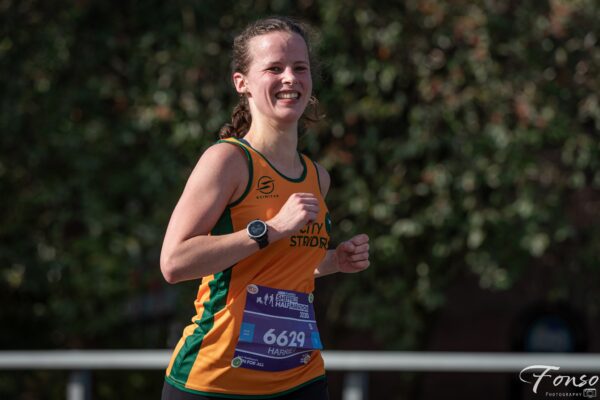 Stephen Schubeler would have had this title if illness hadn’t kept him out of the Derby 10, but as it was it went to Tim Holt (yes, that’s me). Targeting a return to sub-40 10k running after 3 years in the 40-minute+ wilderness, I was very happy with a sub-39 in Doncaster. Stephen Slater would have come 2nd even without running Clowne, so presumably he ran there for pleasure?! It takes all sorts.

The battle between Sarah Percival and Lucy Broom was the tightest of this year’s Championship. Sarah established what looked like an insurmountable lead early on, scoring 81.84 at the Sheffield 10k, and a huge 86.10 points at the Eyam Half. Lucy’s opening run at Leeds Abbey Dash, worth 76.17, didn’t look good enough to challenge, but 80.77 in Derby and 84.40 in Doncaster were just enough to sneak this in the end. Great stuff from both. 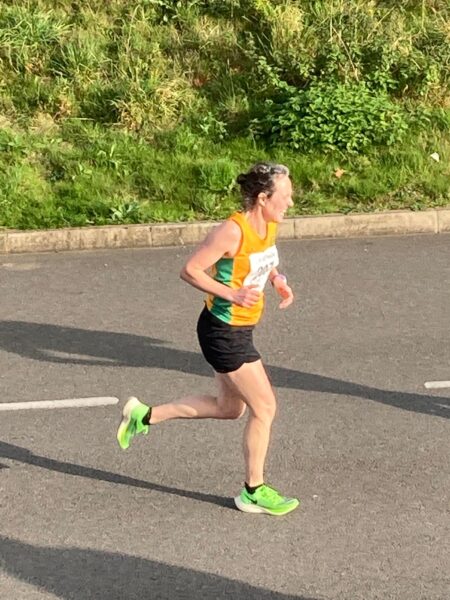 When the Clowne results came out, it looked like club captain Neil Schofield had won this. However, there were a handful of runners missing from the results, and after checking with VAR it turned out that Nick Booker was one of them. Unlucky Neil; well done Nick.

Nick’s performances over the season were good enough to put him 3rd on the age-graded table and 7th on points overall, so he’s a worthy winner. He’s another who PBed along the way, with 37:34 10k at Leeds Abbey Dash; not bad for an M50. I’m going to have to make a New Year’s Resolution to stop thinking of him as an ultra runner, as he’s clearly much more versatile than that.

We only had one F50 complete the three races required for the Championship, but that doesn’t mean Kate Scott won by default: she scored more points than any other woman in any age category, and came 3rd on the overall points table. And if the race photos can be relied on, she didn’t stop smiling for a second. 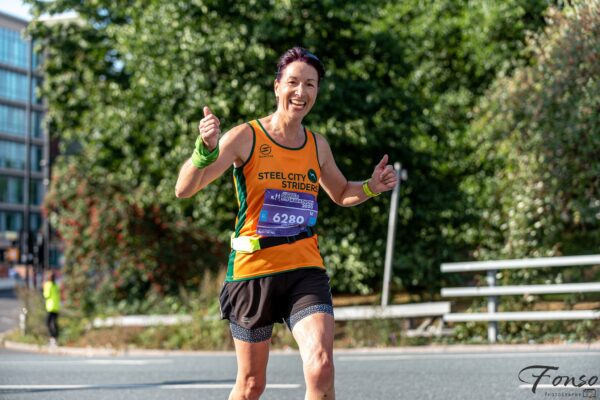 David Bownes held the lead in the M60 category going into our final races, but missed out when the final scores were tallied. Richard Pegg outran Ian Blackburn at Clowne to grab 2nd place, but with the three highest scoring runs by M60s all belonging to one man, Paul Bentley fully deserves the title. Well done, Paul.

Dot Kesterton would have been everyone’s favourite to win the F60 category at the start of the Championship, and she did, but Stephanie Street ran her incredibly close. Stephanie’s 1:55:21 in Clowne was worth 75+ points, and her performances across the Championship earned her 4th place on the age-graded table. Not enough clubs have the depth to have a good F60 competition, but it’s fabulous that we do; awesome as ever, Dot and Steph.

Our Road Championship 2022 races have been selected, and you can enter the first race, the Valentines 10k, now. We’ll have Trail Championship, Fell Championship, and Road League news for you soon too, along with something new as well.

Thanks once again to everyone who took part in the championship this year. After some dark times it was joyous to line up alongside you in the races I did, and restoring to see the results and reports come in from the races I didn’t. However your year has gone, I hope your running has given you whatever you needed from it, whether it was diversion or focus, energy or exhaustion, solitude or community, or any of the hundred other reasons we have to keep putting one foot in front of the other.