Eight days into the 2021 Road Championship, 4 out of 8 races have been run. That arguably means we’re at the half-way point already.

There was never going to be quite as much Striders action at the Cusworth 10k and Eyam Half Marathon as we saw at the Sheffield Half and 10k last weekend, but 31 Striders took the opportunity to score themselves some points.

Remember, times get converted into points by dividing the winner’s time by your time to get a score out of 100. There’s also an age-graded table where you earn points by comparing your time to the world record over the same distance by someone of your age and gender. Your best 3 scores from our 8 races will give you your points total at the end of the competition.

One Strider, Jim Rangeley, has got his three races in already. There should probably be a prize for that level of keenness (but there isn’t).

Eyam was probably the tougher place to run this weekend, but the scoring system and the slower winning times meant there were good points available there, and almost everyone who ran both weekends scored more points this weekend than last.

You do now need to have run at least twice to feature near the top of most of the points tables, but we’ll see how Leeds Abbey Dash shakes things up on October 24th.

See below for the current state of play amongst our leaders, or The Spreadsheet for the full picture. 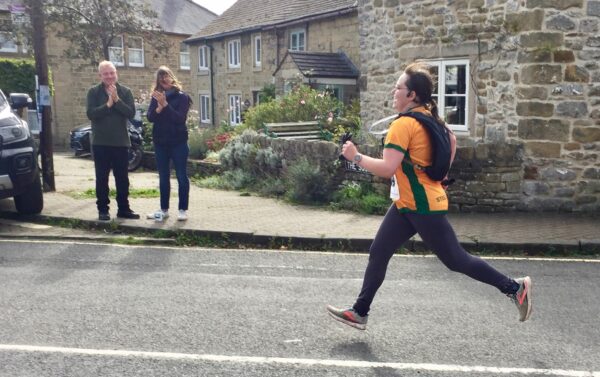 The incessant Jim Rangeley takes over from Ben Stittle at the top of the overall table; it’s just a shame he spoiled his perfect attendance record by missing Cusworth.

Sarah Percival moves into second with her hefty 86.10 points in the Eyam Half.

The table is rounded out by three runners who also ran in Eyam having done the Sheffield Half last weekend: Kate Scott, Harriet Davies, and Stephen Slater. Respect to them all for taking the tough option two weekends in a row.

Factor in age and gender, and it’s Kate Scott (W55) who’s second to Jim, with Paul Bentley (M60) close behind. Keep an eye out for Dot Kesterton, though. She’s 26th at the moment, but is our top scorer with just one run so far, with 93.39 points from Cusworth alone.

Turning to the age categories, here are the top 5 in each:

With three weekends still to go, lots can still change. I hope to see some of you at Leeds Abbey Dash on Ocotober 24th for the next round. 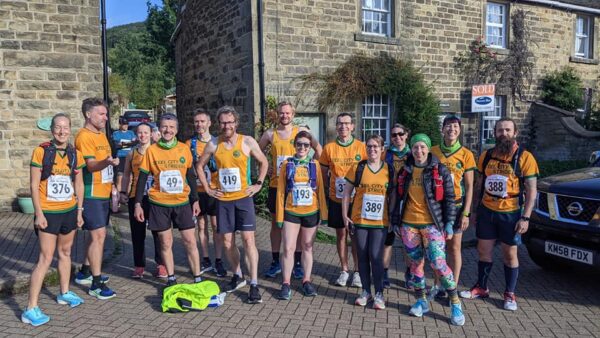