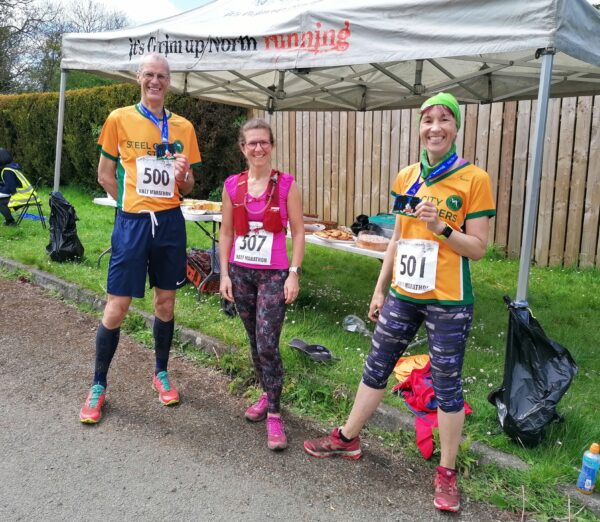 This trail race event took place in the grounds of, and the surrounding countryside near to, the ruins of Roche Abbey in an attractive, but unsung, part of South Yorkshire. Founded in the 12th century as a monastery for the Cistercian Order, Roche Abbey was once home to over 150 monks and lay brothers. It was suppressed in 1538 when most of its buildings were dismantled leaving just the imposing ruins seen today.

Competitors were registered for one of an ultra, a marathon, a 20 mile, a half marathon or a 10km which then determined how many, and which laps, they completed. We were set off in waves of 6 to meet the current Covid restrictions. This meant that we were constantly overtaking, or being overtaken by, competitors in both our race and the other races – a real contrast to mass start races where you quickly settle into your position in the race.

Each lap consisted of a mix of footpaths, woodland trails, grassland and a couple of short, sharp climbs, together with gates, styles and even stepping stones over a stream to negotiate meaning it was quite technical in parts. For me and Kate it was two laps, for Robert it was three laps. It was nice to meet up with Paula and Mandy, two non-Striders who regularly guest run with the Tuesday group, at the end of the race.

In contrast to the appalling conditions of my race a week ago, this was a breeze in the park and very enjoyable in the spring sunshine. Thanks go to Kate for running the race with me; it is much easier running with someone else when there isn’t a mass start to a race. Thanks also go to the organisers of the event, It’s Grim up North Running, who put on another excellent day and provided the delicious cakes at the end of the race. 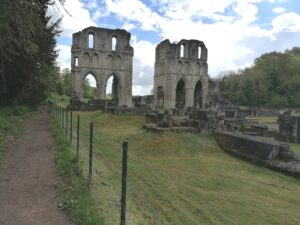 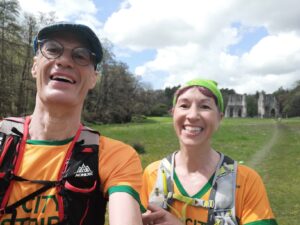 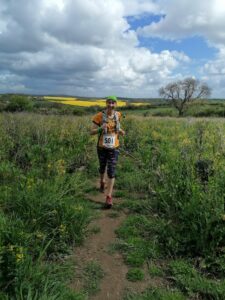