Racing, in slightly adjusted forms, is back, with both familiar and unfamiliar elements to events.

Finish line – always a welcome sight, but especially so at the end of this race. 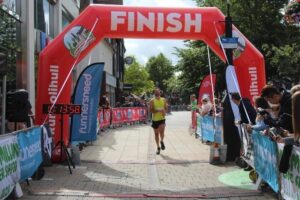 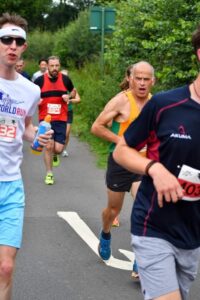 The race came with no discount for EA registered athletes, so that may have put off some / a few. However, it is a PB course, I’d say. It was pretty. Parking was easy in and easy out. And the spectators could be easily whipped up into polite applause as we went past.

There were 1,076 finishers (and the results can be found here).