Today was the second try out of the Steel City 10 run at Whirlowbrook Hall. This time we upgraded to race numbers (for life, just like the Trunce and Trust 10) and introduced timings so we now have male and female course record holders.

There were many other events on same day but event clash is always going to be a problem and we still wanted to keep numbers quite low whilst we get to grips with the run organisation. A 6am alarm for me meant rolling out of bed, bleary eyed and running up to Whirlowbrook Hall to meet Dave And Rich to flag out the course.

The volunteers (thank you so much) turned up at 8am and the runners began arriving shortly after. All were told that this was their number for life. Abbie Pearse got 13 (thankfully she’s not superstitious) and Dave Beech was happy that he will always be 21 (again).

By 8.45am, and halfway through the briefing, the last of today’s runners, Adam McAuley arrived having run over from Hillsborough (and was running back afterwards) and we were ready for the off. 23 runners in total.

The course is a well flagged/marked 2 lap figure of 8 round the woods behind Whirlowbrook Hall and down Limb Valley. The terrain is mixed and goes along pine needle covered soft paths, rooted/stony woodland trails, through grassy fields, then along well walked hardcore paths, muddy paths and tarmac. Something for everyone.

Stuart Carrack led from the beginning and set the men’s course record at 45.24. In joint overall second place but first woman home was Strider Abbie Pearse and she has now set the women’s course record at 50.41. Nicole Nield took advantage of the opportunity to complete a 5k instead of 10k by only doing one lap so this is an option too.

Everything went very well and the feedback from the runners was extremely positive so if you see any of them, ask them about it and hopefully you can make the next edition, which will be advertised shortly. 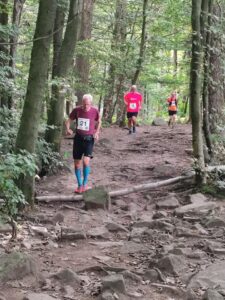 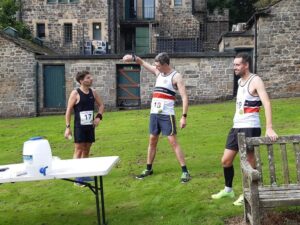