After a warm and dry opening to the season, the mud returned for cross country with the second event at Penistone showground. Driving over to Penistone on the flooded roads it looked like the event would be a complete washout but fortunately the rain stopped and the sun broke through just before the senior races were due to start.

This all added up to perfect cross country conditions with a decent amount of mud underfoot without it descending into a quagmire, and cool, dry weather. The course didn’t have any massive hills but featured virtually no flat and little chance to catch your breath between the short inclines.

Both senior races appeared to have a greater amount of depth in this fixture than the first, with several other clubs bringing bigger teams to this meeting. It was great to see the local league so well attended and there was lots of great racing up and down the fields. Once again several Striders were doubling back from racing on the Saturday, this time from the national vets cross country relays.

In the 6.5km women’s race Striders were led home by Caroline Brock who finished in 5th place (& 1st FV35) followed shortly by Abbie Pearse in 9th. The scoring team was completed by Jacqui Herring in 23rd (& 3rd FV45) & Caroline Greenough in 39th. There were 119 finishers overall, and the women’s team placed 2nd overall. In the age groups top 3 placings were also achieved by Kate Scott (48th overall, 2nd FV55) and Dot Kesterton (44th overall, 1st FV65). Lucy Berry and Katelyn Mckeown rounded out the Striders runners on the day in 55th and 83rd respectively. 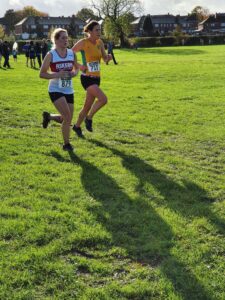 In the 10km men’s race the leading Strider home was Philip Cooper in 11th place. The rest of the scoring team was made up of Sam Brown, Robert Cook and Ben Jones packing well in 37th, 38th and 39th as well as Louis Wood in 50th and John Kilcoyne in 61st. There were 189 finishers and overall the men’s team placed 5th. Other runners enjoying the racing were Daniel Bent in 69th, Malcolm Baggaley in 73rd, Tom Bassingdale in 88th, Simeon Cotterel in 92nd, Chris Lawson in 94th, Ian Stinson in 105th, James Grinham in 115th, Keith Bell in 117th, Chris Boland in 131st, Tom Cosham in 148th, Andrew Roland in 165th, Paul Chapman in 168th,  Paddy Treehowes in 174th, Anthony Bell in 183rd and Jim Eberlin in 185th. 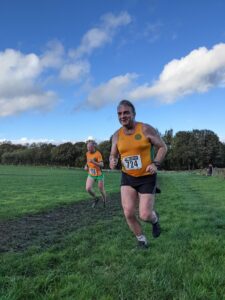 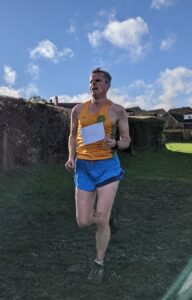 Overall thanks to everyone that ran, those who organised numbers, put the tent up and cheered around the course and Penistone RC for a great event!