The Monsal Trail Half Marathon route is set along a former Midland Railway line in the beautiful countryside of the Peak District; an even and mostly flat course, which includes four railway tunnels and the spectacular Monsal Viaduct.

193 runners took part in the Monsal Trail Half Marathon. Winner of the mens’ race was Mark Hampton of Sheffield Running Club, in a time of 1:17:42. First place in the women’s race went to Hayley Gill of Matlock Athletics, in 1:24:54. Six Striders took part.

Full results can be found on the Nice Work website. 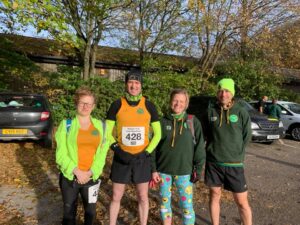 Striders at the Monsal Trail Half