109 runners finished this year’s Totley Moor race, a punishing 10.5k with multiple stings in its very long tail. Runners were released in waves, as at the Tiger’s Trail race earlier in the year, which makes for an interesting racing experience.

Ten Striders (and quite a lot of former/second claim ones) were among the finishers, in a race that was won by Daniel Haworth of Matlock AC (41:24.0) and Amy Earnshaw of Hillsborough and Rivelin RC (54:10.5). 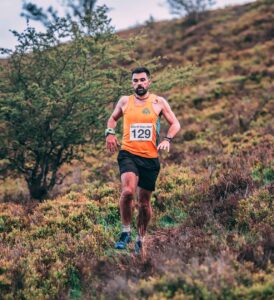