@ Pontefract Racecourse – the longest flat racing circuit in the country.

I got my 10 metre swimming badge (TMSB) at Ellesmere Port baths. The baths were redeveloped and renamed as the Ellesmere Port Indoor Centre – ‘EPIC’ for short.

Last week, in a ten-minute filler with a Year 4 class, I got them telling me which of Sheffield’s many was their favourite park. Endcliffe was not the only answer, but one child who did like that one said it was for the café. It’s called Endcliffe Park Indoor Café – EPIC!

‘Northerns’ were not, sadly, at all EPIC unless the acronym stands for Exit Pontefract Incredibly Clean. There were a couple of softer patches, and spikes were the best shoe option, but the wind was the main handicap (well, that and older age, and Covid recovery, and Christmas weight gain, and …).

The effort committed by every runner was epic. The traditional baring of flesh by donning shorts and vest (or crop top in some cases) was epic. The cavalry charge at the start is always epic. The generosity of volunteer marshals is certainly epic. 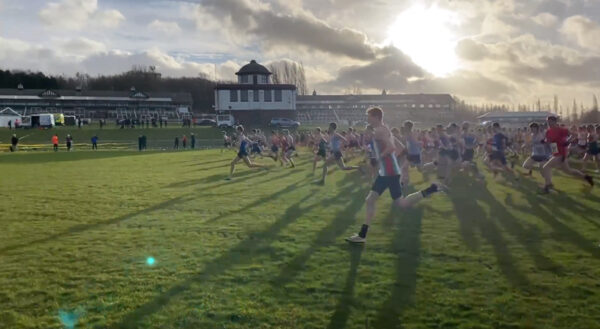 What was a surprise to all of us was the men’s race distance exceeding both what was advertised in the prospectus – 11.3 km / 7.02 miles – and how far we ran on exactly the same course last time we were here – four years ago? – 11.7 km / 7.3 miles. Depending on point of view, the extra 1.3 miles was either excellent value for money or more pain than we bargained for. It partly explains why I still hurt so much three days later as I write this report.

Some results, then. You can find the lot here.

The women’s team (Caroline, Zanthe, Kate and Carol) were 18th out of 33 scoring teams – a Club needed four scoring women to get a team result. The only Sheffield-based Club to finish higher was Hallamshire Harriers.

The men’s team finished 33rd out of 39 scoring teams – you needed a minimum of six men scoring to get a result in this category. (Seth, Ben, Richard Carter, Tim, Malcolm and Ian did the business for us.) Both Hallamshire Harriers and Sheffield RC outdid us. (To be fair HH were 3rd overall!)

The results service allows you to print out your own Certificate – and isn’t that just epic?

262 runners took part in the Senior Women category. The individual race was won by Eleanor Bolton of Ribble Valley Harriers in a time of 00:31:13, and the winning team was Vale Royal AC.

517 runners featured in the Senior Men category. The individual winner was Hugo Milner of Derby Athletic Club, in a time of 00:41:43, and the winning team was Salford Harriers & AC.