Well in a nutshell it’s a charity run (for educational charities in Gaza) involving multiple laps of Meersbrook Park, Sheffield (well known to runners of the “Round Sheffield Run” as the location of the brutal downhill section towards the end). The whole event lasts 24 hours (from noon ‘till noon) split into half hour segments, and you can run just one of them, or potentially even them all.

I was talked into signing-up by Nick Booker (more of which later) coming back from the Buxton Half Marathon. The idea of multiple laps of a park was not altogether alien to me, as that is pretty much how I spent my single permitted hour of exercise back in the darkest days of the COVID pandemic. I checked my calendar, I had nothing pencilled in for the weekend, so I put my hand in my pocket and completed the application.

As the allotted day approached the traffic of Small Park Big Run (or “spBR”) postings on the Striders’ Facebook pages increased.

I was aware that a couple of Striders: Nick Booker (yes him), and Maggie Vickers had signed-up for the whole 24 hours, but now there was a concerted effort to mobilise the Strider community to provide moral support and encouragement for them over the long run. A spreadsheet was produced and published to enable Striders to spread themselves over the whole 24 hours and minimise the time that the gallant two had to face the run alone.

I was a bit late to the party, so by the time I got to the spreadsheet most of the slots favourable to those of a diurnal disposition had been bagged, but I had done a few club headtorch runs before, so I opted for the night shift (01:00 – 02:00).

I arrived for my slot early (it transpires that road traffic is not a big issue after midnight) and went to the race HQ tent just outside Meersbrook Hall. I was briefed as to what-was-what and was shown the whiteboard for Striders to record the number of laps that they completed.

I then waited at the start line (with headtorch fired-up) for someone to follow who was used to the route. As Nick Booker passed I sprinted after him and we exchanged greetings.

Nick was in much better shape than I expected someone who had completed 13 hours of running to be in, and the “race” had been joined.

As befits the time of day (or more correctly night), the course was in near-total darkness (with a few dim lights set out to mark the route). Nick, with the benefit of 13 hours on the course, was an ideal guide, as the course could be difficult to follow at times (certainly without the benefit of sunlight).

The route was a 1 KM loop starting at Meersbrook Hall, heading downhill, past the tennis courts, up “that” hill (the one on the Round Sheffield Run) then back downhill to the Hall through the woods.

Nick, being a seasoned ultra runner suggested that energy could be conserved on the uphill section of the course (about 30% of the whole course) by walking it. I’m no great fan of hills, so I was ready to defer to his judgment.

I had signed-up for one hour of the 24, but could run as many of the remaining hours as I wished. My initial plan was to do a half marathon distance, see in the dawn, then retire gracefully and let Nick and Maggie continue in their challenge.

I ran at Nick’s pace and we were racking up the laps, dawn approached slowly and I had completed a half marathon just before sunrise, but I was feeling pumped-up, and with Nick’s guidance “that” hill hadn’t taken too much of a toll. My challenge was now “a long run”.

There had been Striders arriving all through the night, but the coming of dawn augured the arrival of much more green and gold, and we were all buoyed by the arrival of fresh legs.

After running about 20 miles with Nick the cumulative effect of his many miles was starting to weigh-down on him. Another Strider fell-in with Nick (Billy Costello) and seeing as Nick was in capable hands, I went solo into the daylight to get the last few remaining laps to complete the marathon distance.

I finished (with Strava recording a 26.82 mile run) to find a group of Hillsborough-based Striders about to start. I wished them well as they sped-off down that well-trodden path and I availed myself of a free massage.

This is not a conventional race, there are no crowds of supporters cheering you on (other than other runners), it does get a bit quiet in the early hours, and runners are starting (and finishing) all over the 24 hours. It is as challenging as you want it to be and you set the rules as to how long you are going to run for (during the period of the race of course), which you can change as you feel fit, all without any sense of shame.

Lastly kudos to Nick Booker and Maggie Vickers for their extraordinary acts of endurance. I was only out on the course for six and a half hours (and that was plenty thank you), but feel that I, and the other Striders contributed towards something bigger than would have been possible on our own.

Striders did a 24 hour relay at the event, having at least one runner on the course over the 24 hour period (inc the massive efforts of Maggie and Nick) and 3 striders who could not be at the event did their own DIY activities. 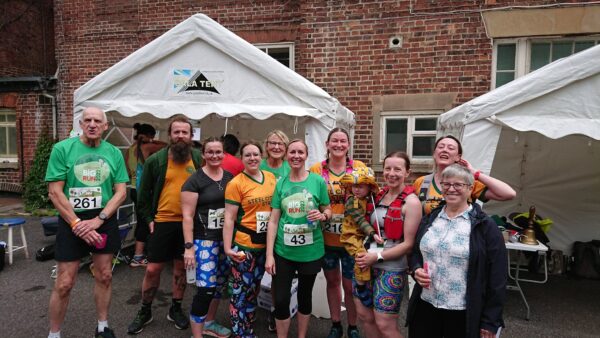 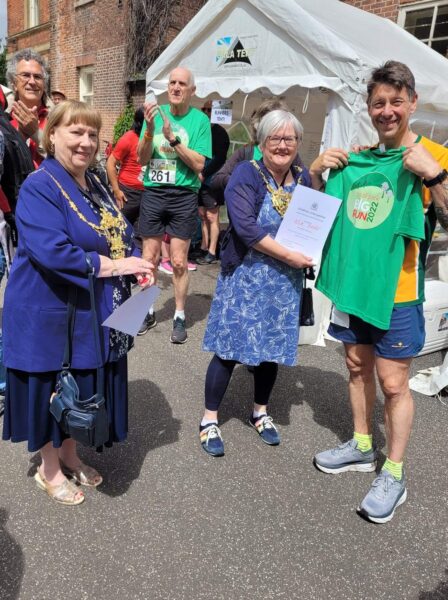 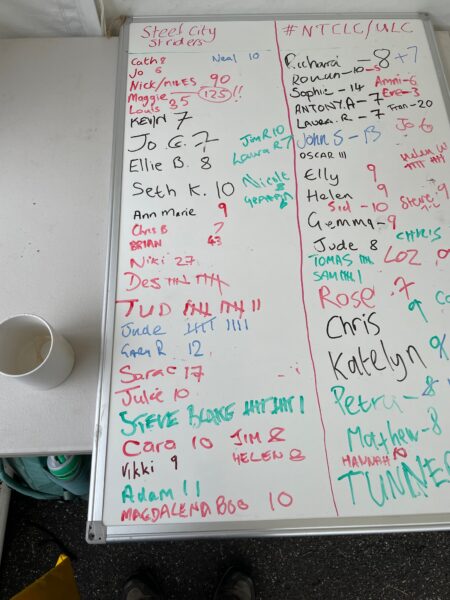 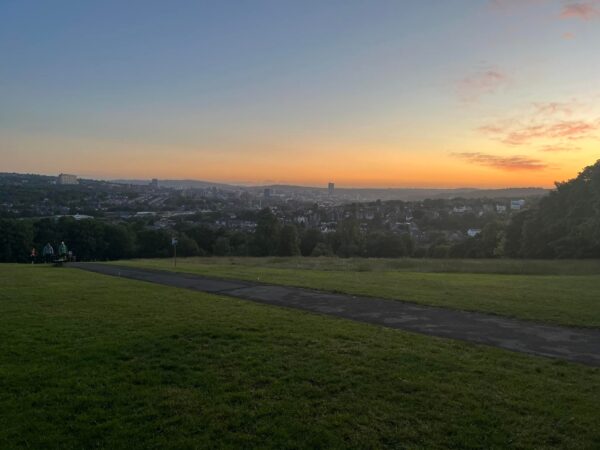