Just a week after the first fixture, the second South Yorkshire Road League was on up in Worsborough. This time instead of sleet and snow it was nice and warm and feeling a bit more like spring. The weather was even good enough for a quick striders team photo before the start!

This was another race where I hadn’t done the course beforehand, and I definitely got lulled into a false sense of security through the flat first mile. After that the second mile was a gradual drag and a quick descent, but the real test was waiting. The third mile was nearly all uphill with a really steep pinch roughly halfway through. The drag after the steep bit seemed to go on for ages and ages through the 3 mile point and beyond, but when we did finally ‘top out’ the steady downhill run to the finish made for a very fast last 1.5 miles.

This time around the win went to Kai Sunman of Penistone in a very impressive 26:32, beating last week’s winner Joe Sweetnam Powell by nearly a minute. First Strider home overall, and winner of the women’s race was Abbie Pearse in 31:04. With two wins from two Abbie is in a very strong position for the women’s overall title. First male Strider back was me (Robert Cook) in 31:36, exactly matching my 39th position overall from last time out.

Again it looked like there was a lot of good racing up and down the field from the Striders, the long downhill finishing stretch really lent itself to good competition with lots of incentive to try and hold onto or overtake the person ahead of you!

Thanks again to the marshalls and organisers, especially managing to get us all out onto the start line and underway nice and quickly. The races in this series come up quickly, with the next one at Lodge Moor again on the 20th April.

267 runners lined up for the race, including 40 Steel City Striders.

Provisional results can be found on the SYACC website. 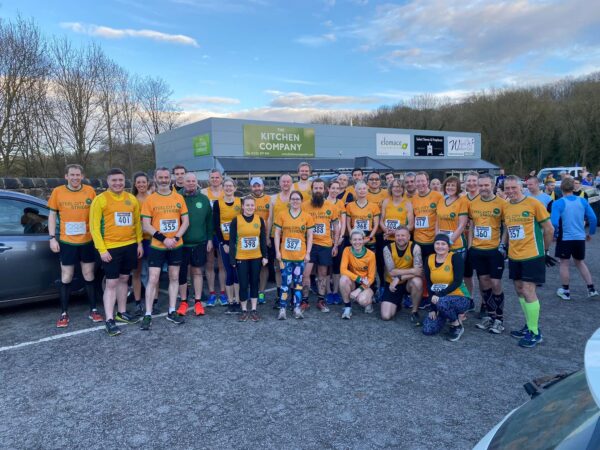