My thanks for the valued assistance of John Rothwell, Ian Shepherd and Norma Parkes in compiling this article.

There are links to albums on Flickr (https://www.flickr.com/photos/steelcitystriders/albums) for some post-2012 events, and you can find the previous instalments of this history of our club at:

Many race reports and results (and photos) from 2002 to early 2014 are still available on the Striders archive website at http://archive.steelcitystriders.co.uk/index.html

Time for another pause in this amazing story

The history of the club has continued from the beginning of 1994 to the end of 2000. Never a dull moment in those years as you will have read. Changes in many aspects. Change in the format of Striders News. Change of administration with Dave Beech as the new Editor of Striders News. A change of Social Secretary with Chris Hall taking over and a change of Membership Secretary with Stewart Robinson taking over.

Striders compete successfully in events such as the Manchester to Blackpool Relay and the Leeds Country Way Relay and the club hosts an event with an historical background, the George Littlewood 6-hour challenge.

There is even more to come. That little acorn is growing fast into becoming a giant oak. 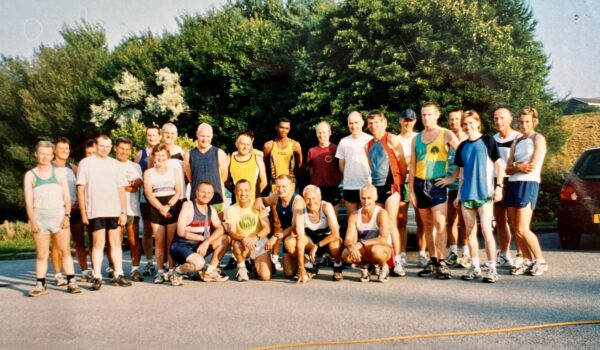 Whilst compiling this history I have reflected on those many club members who were once well known and regular attenders at our various training evenings and club-organised events, and for whatever reason resigned their membership. Naturally names are remembered but some faces have been forgotten. Their attitudes and abilities towards running crossed a large scale. Where are they now, do they still run, what memories of their time with Striders do they hold?

Sad but inevitable of course that folks move on in life, their presence around us was well received, we wish them well wherever they may be.

Age progression and injuries have never done favours for anyone, 2 reasons for sure that club membership comes to an end.

Memories of those having now passed to that running location in heaven will never fade! 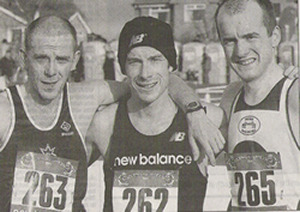 January and February 2007: the 200th edition of Striders News!

Produced in April of this year was an A4-size 6 page Striders Newsletter. Comment was given that it was the club’s intention to cut back on the print version of Striders News in favour of electronic distribution. There was a stated intent of reducing the club’s environmental impact and moving forward by embracing the new media of the 21st century. A reminder for those reading this later that the club has an active and vibrant community on Facebook and the club has a Twitter Feed.

As well as all this, there was a caption competition with a photo of Phil Howson carrying a red-and-white umbrella and a football, a report on the 5.6-mile Tiger’s Todger fell race, Alistair Lawson ran the course of the Brighton Marathon 4 consecutive time (104 miles in 16 hours for charity), news of the forthcoming Dronfield Way Relay and a brief report on the Kinder Downfall fell race in which Phil Howson for all his effort had his name missed off the results!! 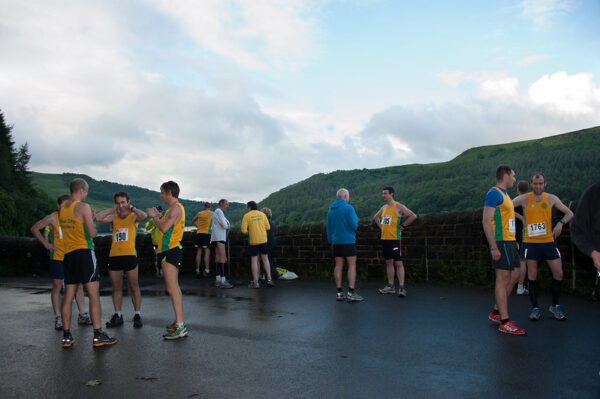 Another electronic version of Striders News produced in August with a welcome article which read “We hope you like the new format and enjoy reading the content. We would also love to hear what you think. Please send any comments, suggestions or articles to the editor.

“Over the next few months the club intends to cut back on the production of the print version of the magazine in favour of the electronic newsletter, with the stated intent of reducing our environmental impact and of course embracing the new media of the 21st century. Don’t worry though, if you would prefer to receive the printed magazine, we will continue to produce and deliver it to you as usual.

“On the topic of new media, maybe you missed the fact that the club has an active and vibrant community group on Facebook Or that we have a Twitter Feed which has a growing number of followers.”

Further information in this edition comprised thanks to those who helped in the Club 10K and the Dronfield Relay, information relating to the forthcoming Round Sheffield Relay, a report on the Adidas 24-hour Thunder Run in Graves Park and details of the Tuesday and Thursday evening speed sessions. 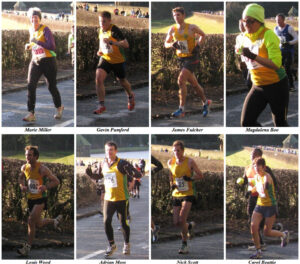 Striders in the 2012 Percy Pud race

In referring to the club archives, the last production of a paper copy of Striders News appears to be the June 2015 edition summarised above. 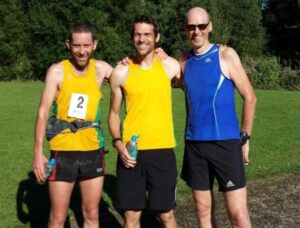 In October 2013 appeared the 1st edition on paper of a newsletter called Easy Strider, a hoped for monthly edition! 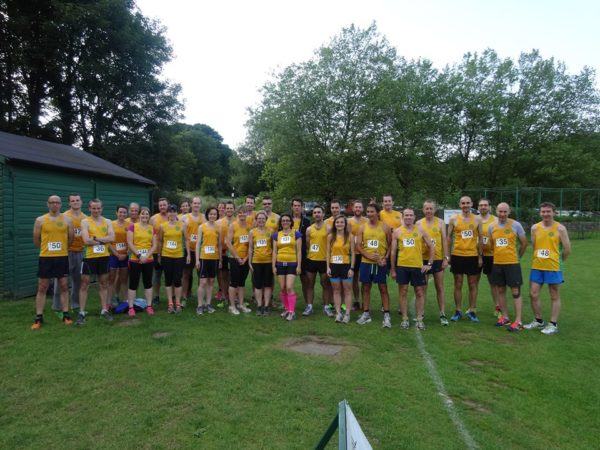 This issue of Easy Strider and the two isolated issues of Striders News sent out in 2015 were the last communications in paper form sent out by the club. The club website and the Striders Facebook page were now in full swing. It’s probably worth the comment that this was a defining time in the history of the club. Social media naturally offered so much more to the club in communicating with its members and to members communicating with each other.

How on earth did we manage with a monthly magazine? Well we did, and when Striders News dropped though the letterbox it was always eagerly read.

Now with a flick of a switch or a dab on a phone screen with a finger, the community that is Striders is within very easy reach.

This history will continue !