The Broomhead Chase is 3.5 mile category BS fell race ran as part of the Broomhead Show.  If you’ve not been to the show, it’s probably the most picturesque of the local summer shows/fetes hidden away near Broomhead Reservoir.  Well worth checking it out next year.

An 78 strong field took to what I can only describe as ‘steep climbs’ on a classic straight up, straight back down course with a bit of a run through the woods towards the end.

I got lost (took a wrong turn) twice during the race and daren’t overtake the guy in front through the woods as I had no idea which way the course went.  That was my excuse anyway.

The winner of the race was Ged Callan of Bingley in 27:53 with Claire Chapman of Kimberworth the first lady home in 36:18.

I was the sole Strider in attendance, well done me. 🙂

Photo courtesy of Mossie Net Photography.  Please consider donating to his worthwhile cause.  He publishes hundreds of pictures from races and makes them available completely free of charge.  All he asks in return is a small donation to his favourite charity; Malaria No More. 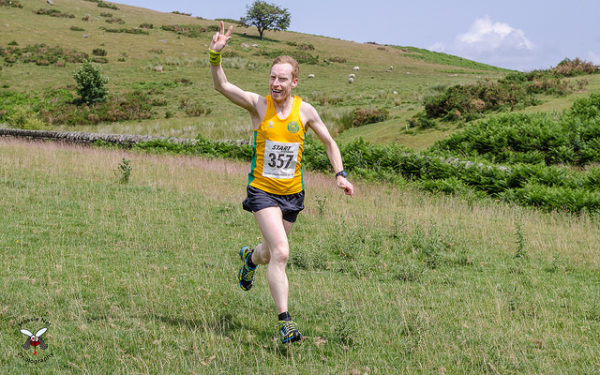