Match the runners to their finishing places, their times and surnames (and in one case their stand-in) and tell me the results on the Facebook page….

Eight Steel City Striders set off to run the 2019 version of the wettest yet Elsecar Half Marathon (with others running other distances); Al, Ben, Clive, Laura, Liam, Richard, Stuart, and Tracey. The results are in a bit of a mess and the organisers need your help to straighten things out. 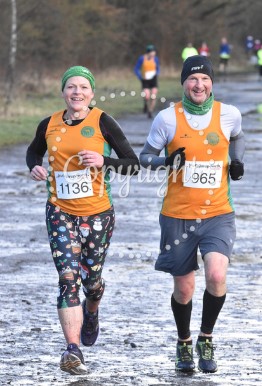 Striders, the organisers are fairly sure, finished first, eighteenth, nineteenth and twentieth, twenty fourth and twenty fifth, and fiftieth, with one who ‘did not finish’. One Strider is wrongly placed twice – she was also awarded eighty third place (with another six finishers later than this) in 3 hours 14 minutes – a whole hour and eighteen minutes slower than her real finish.

Two of the Striders are ‘in a relationship’, and they finished together, right in front of another Strider female. Witnesses said that they crossed the line hand in hand, but if the times are right then they must have very long arms; one is shown as finishing a full minute ahead of the other!

Miss Fletcher finished after Ms Davies but ahead of Misters Downing, Jones (Snr) and Pegg.

The son of one Strider was the race winner, and his dad (just over half an hour slower) finished alongside the Club’s Cross Country organiser.

Al did not actually run, but someone has his time. It wasn’t either a female or Mr Downing who did not finish.

The double lap lollipop route meant that Stuart and Mr Pegg saw Sir Clive going away from the finish line as they were just a quarter of a mile from it. In taking his hat off for the finish line photo, Richard out-paced another Strider to the finish line with both beating the two hour mark, just (though they could not be separated by the clock).

Should you not want to enter the bumper seasonal competition then you can find the results of this race, and the other distances (20 miler and a Full Marathon on Saturday, with 5km, 8 km and a one lap 6.7miles on Sunday) you can click here. 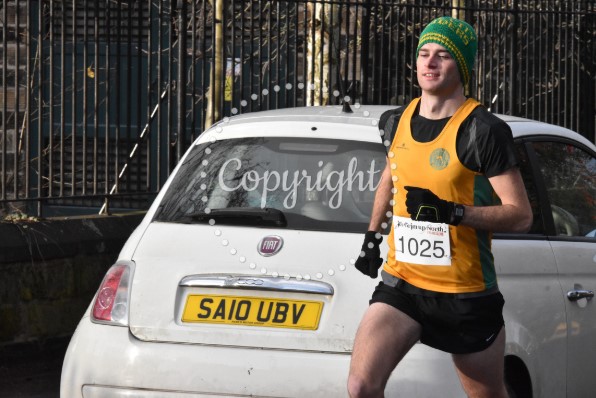 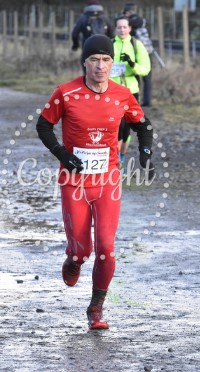