A huge mob of approximately 134 Striders turned out for the Dronfield 10k, which forms part of this year’s Road Race Championship.

The race was won in 34:12 by our own Liam Walker, closely followed in second by Phil Skelton, with Joe Sweetnam-Powell, Stuart Carrack and Robert Bishop also in the top 10. First female was Rachael Lundgren of Hallamshire Harriers. Heather Hatton and Fran Cummins of the Striders were in the top 10 females. 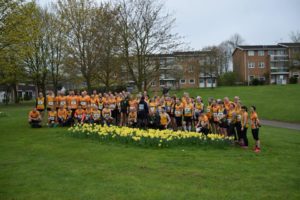