Equinox 24 has been running since 2013.  It is a 24 hour running event round the grounds of Belvoir Castle Estate on the Leicestershire/Lincolnshire border.  You can enter as a solo runner or as a team to do it as a relay.  Each lap is a 10k route of mixed and undulating terrain – large parts of it off road.  There are also two 10k races over the same weekend – on in the daytime and one at night.

Equinox 24  Maggie Vickers was the only Strider.  She entered the solo event and ran an amazing 12 laps in just over 24 hours.  Her fastest lap was 1:10, and her lap average was 2:04mins.  Amazing achievement 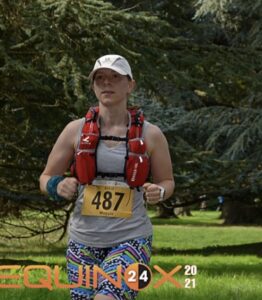 This was a a challenging course on grass, path and gravelled sections with 2 main hills up and a steep one down. All runners started at 12pm which included the 10k and 24 hour race. It starts off with a lap around the field where all the 24 hour runners camp. The atmosphere was brilliant and it was a bit different to race somewhere with no other striders! It was an extremely hot day which I wasn’t prepared for but seeing belvoir castle in the background was lovely.

We soon went up a steep grassy hill and onto incredibly uneven ground which remained undulating for a while. We soon came upon a much steeper hill which I initially thought was the big hill….it was not! It was a sharp downhill and then I saw the big sign saying “this is the hill” my heart sank as it looked vertical! We took our time and drank plenty of water. Once the hill was out of the way it was all downhill or flat so we were able to pick up the pace a bit.

When we came back to the camping field the support was amazing., so much cheering and support. It was an incredibly well organised family event with plenty of toilets and food trucks. 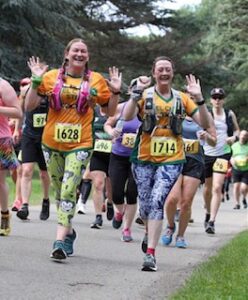